Barbara Niven net worth: Barbara Niven is an American actress and producer who has a net worth of $8 million. Barbara Niven was born in Portland, Oregon in February 1953. From 1998 to 2000 she starred as Kate on the television series Pensacola: Wings of Gold. Niven starred as Liz Coleman Reynolds on the soap opera One Life to Live from 1999 to 2002.

From 2013 to 2015 she starred as Peggy Beldon on the series Cedar Cove. Barbara Niven starred as Megan O'Brien on the television series Chesapeake Shores from 2016 to 2018. She has starred in many television movies for Lifetime. Niven has starred in films, TV movies, and in episodes of TV series including Promise, My Two Dads, Wings, Renegade, Foxfire, Humanoids from the Deep, Forest Warrior, Pacific Palisades, Breast Men, Silk Stalkings, Mike Hammer, Private Eye, The Rat Pack, Love Boat: The Next Wave, ER, Cold Case, Las Vegas, Tiger Cruise, Wedding Daze, The Drone Virus, Eli Stone, Parks and Recreation, and more. 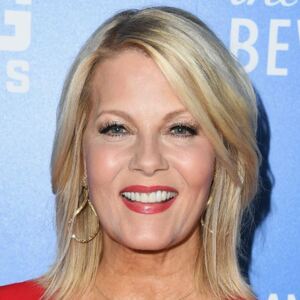