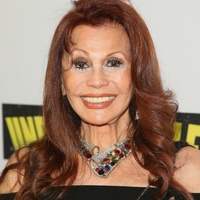 BarBara Luna Net Worth: BarBara Luna is an American actress who has a net worth of $4 million. BarBara Luna was born in New York City, New York in March 1939. Luna has acted in film, television, and musicals. She played the daughter of Ezio Pinza in the original Broadway production of South Pacific and sang the show's opening show. She appeared as one of the Siamese children in The King and I and became the show's Royal Dancer. She starred as Lotus Blossom in Teahouse and toured with the show for three years. Luna starred in the movies Tank Battalion, Cry Tough, The Blue Angel, Elmer Gantry, The Devil at 4 O'Clock, Five Weeks in a Balloon, Dime with a Halo, Mail Order Bride, Syanon, Ship of Fools, Firecreek, Che!, Women in Chains, Gentle Savage, The Gatling Gun, The Concrete Jungle, and Fool's Paradise. She also appeared in episodes of the TV series Zorro, Perry Mason, The Untouchables, Bonanza, The Outer Limits, The Wild Wild West, Mission: Impossible, Star Trek, Hawaii Five-O, T.J. Hooker, One Life to Live, and Star Trek: New Voyages.