Barbara Hershey is an award-winning film and television actress who has a net worth of $12 million. Hailed as one of America's finest actress by the Chicago Tribune, Barbara Hershey's net worth accumulated from an established career spanning nearly fifty years. In the mid-sixties, Californian-born Hershey started acting at the age of 17, but did not receive full-blown recognition until the eighties.

In 1986, she received a BAFTA nomination for best supporting actress for her part in Woody Allen's Hannah and her Sisters. Hershey went on to win Best Actress at the Cannes Festival for Shy People and A World Apart. In the nineties, Hershey continued to scoop more prestigious awards, winning an Emmy and Golden Globe award for Best Lead Actress in the miniseries for A Killing in a Small Town. In 1991, she appeared in the hard-hitting film Paris Trout with Dennis Trotter. The film was nominated five Prime Time Emmy Awards. She would reunite with Allen to appear in the comedy, Tune in Tomorrow, starring alongside Keanu Keeves and Peter Falk. By the mid-nineties, Hershey earned an Oscar nomination for her performance in Portrait of a Woman. In the noughties, Hershey appeared in the thriller Black Swan with Natalie Portman as well as appearing in several TV series including Once Upon A Time, Anna Green Gables and British TV series, Poirot. 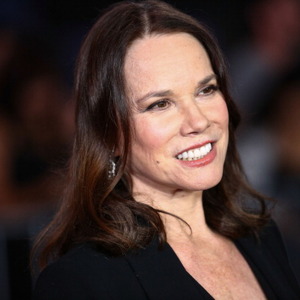