Barbara Hale Net Worth: Barbara Hale was an American actress who had a net worth of $3 million at the time of her death. Barbara died on January 26, 2017 at the age of 94. She was best known for her role as Della Street on the TV series Perry Mason.

Barbara Hale was born in DeKalb, Illinois in April 1922. She attended the Chicago Academy of Fine Arts and started to model to pay for her schooling. Hale moved to Hollywood, California in 1943. She appeared in eight movies in 1943 including Higher and Higher with Frank Sinatra. She was under contract with RKO Radio Pictures into the late 1940s. Hale also appeared in the films West of the Pecos, Lady Luck, The Window, Jolson Sings Again, Lorna Doone, and The Far Horizons. Her best known role was as Della Street in Perry Mason from 1957 to 1966. She reprised the role in 30 made for TV Perry Mason movies from 1975 to 1985. Hale won a Primetime Emmy Award for Best Supporting Actress (Continuing Character) in a Dramatic Series for Perry Mason in 1959. In 1960 she was awarded a star on the Hollywood Walk of Fame at 1628 Vine Street. Barbara married actor Bill Williams in 1946 and had three children. Her husband Bill passed away in 1992. 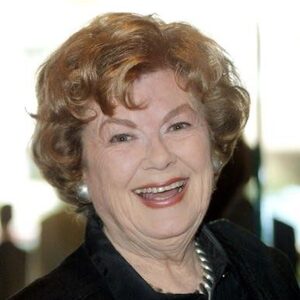