What is Barbara Eden's Net Worth?

Barbara Eden is an American actress who has a net worth of $10 million. Eden is probably best known for her starring role in "I Dream of Jeannie." After studying theater in San Francisco and entering various beauty pageants, Barbara began her career with a wide range of television and film roles before landing her breakthrough role in "I Dream of Jeannie." After this show came to an end, she continued to book a wide range of additional roles throughout the years and appeared in a number of Broadway stage productions. Eden is also an established voice actor. In 2011, she released a memoir entitled "Jeannie Out of the Bottle." In 1988, Barbara Eden was given a star on the Hollywood Walk of Fame.

Barbara Jean Morehead was born on August 23rd of 1931 in Tucson, Arizona. Barbara's parents divorced when she was young, and she subsequently relocated to San Francisco with her mother, Alice. Barbara's mother then remarried and had another child, giving her a younger half-sister. Unfortunately, the Great Depression hit this family hard, and they lived on a shoestring budget. To entertain her children, Alice sang a variety of songs. This probably inspired Barbara to pursue singing herself.

Eden began by performing in the local church choir, and she was given solos. By the time she had become a teenager, she was earning decent money by singing in nightclubs. However, she also focused on a future acting career, becoming a member of Actor's Equity at the age of 16 and studying at the Elizabeth Holloway School of Theatre. She also studied singing at the San Francisco Conservatory of Music during this period. After graduating from high school in 1949, she studied theater for one year at the City College of San Francisco. During this time, she also entered various beauty pageants and was named Miss San Francisco in 1951. She then entered the Miss California Pageant.

By 1955, Barbara had made her first television appearance on the "The Johnny Carson Show." She then followed up with appearances in shows like "The West Point Story," "Highway Patrol," "Private Secretary," "I Love Lucy," "The Millionaire," "Target: The Corruptors!," "Perry Mason," "Father Knows Best," "The Andy Griffith Show," and "Route 66." She also gained recognition for her guest-starring role in four episodes of "Burke's Law," and she played different roles in each of these episodes. In 1957, she began starring in "How to Marry a Millionaire."

Her transition to film roles came after she was discovered by director Mark Robson, who saw her in a play alongside James Drury. Robson later organized a screen test for her with 20th Century Fox for the film "No Down Payment." Although she didn't land the role she was tested for, the studio offered her a contract. This led to a few minor roles before she finally booked a leading role in the film "A Private's Affair" alongside Gary Crosby and Barry Coe. She then co-starred with Elvis Presley in 1960's "Flaming Star."

Throughout the early 60s, she continued to book a variety of roles in various films. These included "Voyage to the Bottom of the Sea," "The Wonderful World of the Brothers Grimm," and "Five Weeks in a Balloon." She then booked another lead role in 1962's "Swingin' Along," which also featured Tommy Noonan and Peter Marshall. Barbara then finished up her contract with 20th Century Fox by starring in the film "The Yellow Canary." Eden then continued to book supporting roles in various films over the next few years, including "The Brass Bottle."

I Dream of Jeannie

In 1965, Barbara Eden booked her most well-known role in "I Dream of Jeannie." The series was created to capitalize on the success of "Bewitched," which was just coming to a close in 1964. Sidney Sheldon wanted a similar show to continue that run of success, and Barbara Eden booked the role after a number of brunettes and beauty queens auditioned unsuccessfully. In this career-defining project, Eden played a beautiful genie that was set free by an astronaut. For the next five years, Barbara was primarily focused on this project, and she appeared in 139 episodes. During this period, she also played the genie's evil, brunette sister. In 1970, "I Dream of Jeannie" came to an end. 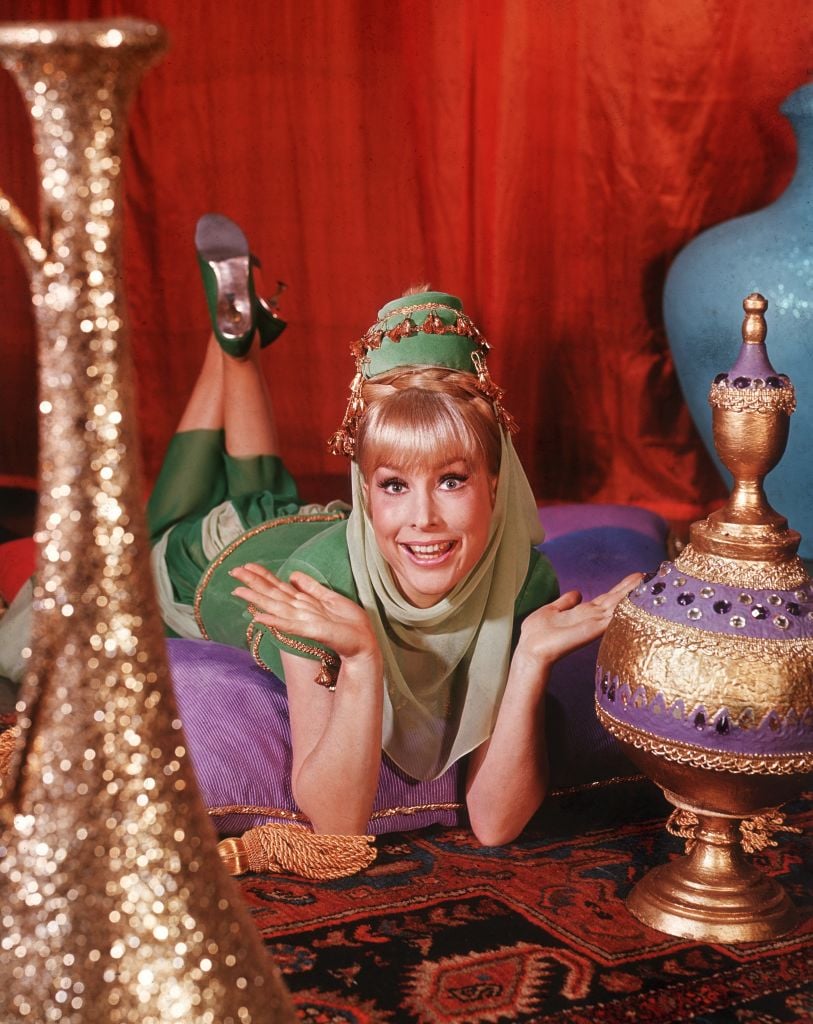 Following the end of this show, Barbara continued to be a major player in Hollywood. She quickly appeared in movies like "The Feminist and the Fuzz" and "A Howling in the Woods." In 1974, she played a woman who was impregnated by aliens in "The Stranger Within." She also appeared in the critically acclaimed "Stonestreet: Who Killed the Centerfold Model." In the late 80s, she starred in and co-produced the rom-com "The Secret Life of Kathy McCormick."

In the 90s, Eden played an important role in the final series of the TV show "Dallas." During this decade, she also got back into theatre work, primarily focusing on musicals. Barbara also established herself as a voice actor, most notably with the children's television series "Shimmer and Shine." In 2013, she appeared alongside Bill Clinton, Elton John, and Fergie at the opening ceremony of the 21st Life Ball in Vienna. That year, she also booked a role in the film "One Song."

In 2011, Barbara released her memoir: "Jeannie Out of the Bottle." This book details her five-decade Hollywood career and shares many details about her early childhood. It also goes over some of the more notable tragedies of her life, including the 2001 drug overdose of her son and her two marriages. 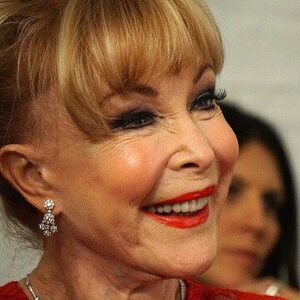