Barbara Bermudo Net Worth: Barbara Bermudo is a Puerto Rican journalist who has a net worth of $8 million. She is probably best-known for hosting the Spanish language news program "Primer Impacto" with Fernando Del Rincon from 2002 to 2017.

Barbara Bermudo was born in Guaynabo, Puerto Rico in June 1975. Her father was Cuban and her mother Puerto Rican. Barbara was one of the eight people to grace the covers of the 2007 People en Espanol's "50 Most Beautiful People". In 2003 she made an appearance in the film Chasing Papi. She has hosted shows such as Lo Que no vio de Premios lo Nuestro, Nuestra belleza latina, Pa'lante con Cristina, Escandalo TV de noche, !Que bodas!, and Noche de Estrellas. She has also made appearances on El Escandalo del Mediodia, El Show de Cristina, and Que Bodas. She started her own line of girls and women's clothing, shoes, and accessories called CAMI in 2013. 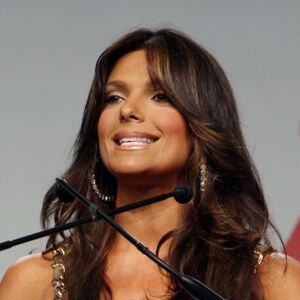