Barbara Bel Geddes net worth: Barbara Bel Geddes was an American actress, artist, and author who had a net worth of $4 million at the time of her death in 2005. She was best known for starring as Miss Ellie Ewing on the TV series Dallas.

Barbara Bel Geddes was born in New York City, New York in October 1922 and passed away in August 2005. She starred as Maggie on Broadway in the original production of Cat on a Hot Tin Roof in 1955. Geddes made her acting debut in the film The Long Night in 1947. From 1978 to 1990 she starred as Ellie Ewing on the television series Dallas. Barbara Bel Geddes was nominated for Tony Awards for Best Actress in a Play for starring in Cat on a Hot Tin Roof and Mary, Mary on Broadway. She was nominated for an Academy Award for Best Supporting Actress for the movie I Remember Mama. She also starred in the films Blood on the Moon, Caught, Panic in the Streets, Fourteen Hours, Vertigo, The Five Pennies, Five Branded Women, By Love Possessed, Summertree, and The Todd Killings. Barbara Bel Geddes passed away on August 8, 2005 at 82 years old. 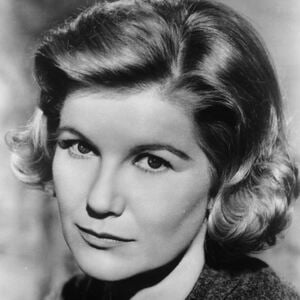