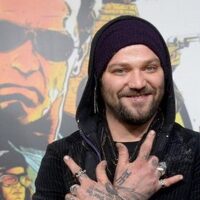 What is Bam Margera's Net Worth?

Bam Margera is an American actor, producer, stunt man and former professional skater. Bam Margera's net worth is $5 million. He is best known in popular culture as a cast member of the MTV reality stunt show Jackass and for his own spin-offs Viva La Bam and Bam's Unholy Union.

Brandon Cole Margera was born on September 28, 1979, in West Chester, Pennsylvania. He is the younger brother of Jess Margera and the nephew of Vincent Margera. He received the nickname "Bam Bam" from his grandfather, after his habit as a child of purposely running into walls. Eventually, the nickname was shortened to "Bam" by his schoolmates. He attended West Chester East High School and dropped out after his junior year. He later worked to receive his GED.

Margera first began his career as a professional skateboarder in 1997 and 1998, when he was sponsored by Toy Machine Skateboards. He joined Team Element, the demonstration team for Element Skateboards in 2001, although as of 2016 he was no longer part of the team. At various times, he also received sponsorships from brands such as Speed Metal bearings, Adio Footwear, Electric Sunglasses, Volcom, Landspeed Wheels, Destroyer Trucks, Destructo Trucks, and Fairman's Skateshop. As of 2017, Margera has effectively retired from skateboarding with no major sponsorships, although he still skates casually.

What began as Margera shooting himself and friends skateboarding and doing stunts eventually turned into the CKY video series, which he released independently. Those featured in these early videos formed a group and loose collective of people known as the CKY Crew. Ryan Dunn, Brandon DiCamillo, Rake Yohn, Chris Raab, and Brandon Novak were all CKY Crew members.

Margera's CKY videos drew the attention of Jeff Tremaine, the editor of skateboarding magazine Big Brother. Tremaine drafted Margera into the team that would eventually form the center of MTV's Jackass reality series, with other CKY crew members playing supporting roles on the show to varying degrees. Not only was Margera a central castmate on Jackass for the full duration of the show, from October 2000 to February 2002, he also appeared in subsequent projects in the Jackass franchise. These include the films Jackass: The Movie (2002), Jackass Number Two (2006), Jackass 3D (2010), and Jackass 3.5 (2010).

He was able to utilize his success from the Jackass franchise into other opportunities, most noted of which were his two television series. His first show Viva La Bam ran for five seasons on MTV from 2003 to 2005 and was primarily filmed in his hometown of West Chester, centered around Margera and his crew performing various stunts and missions. Other locations included New Orleans, Las Vegas, and Los Angeles, and Margera even took his stunts abroad with the show filming in countries like Brazil, Finland, Mexico, and the Netherlands. As a follow-up to Viva La Bam, MTV also filmed the show Bam's Unholy Union (2007). The main premise of the show was to follow Margera, his then-fiancée Melissa Rothstein, and their various friends in the time leading up to their wedding.

Other acting and film projects Margera has appeared in include the 2003 skateboarding movie Grind, in which Margera appears as himself; and a pornographic film by Gina Lynn, The Fantasstic Whores 4 (2008) in a 'prominent, non-sex role' alongside fellow CKY Crew member Brandon Novak. Other television appearances by Margera include a one-time half-hour Spike special Bam's World Domination (2010), and his March 2016 appearance with his mother April Margera on the VH1 reality series Family Therapy with Dr. Jenn, where they addressed his self-destructive behavior. 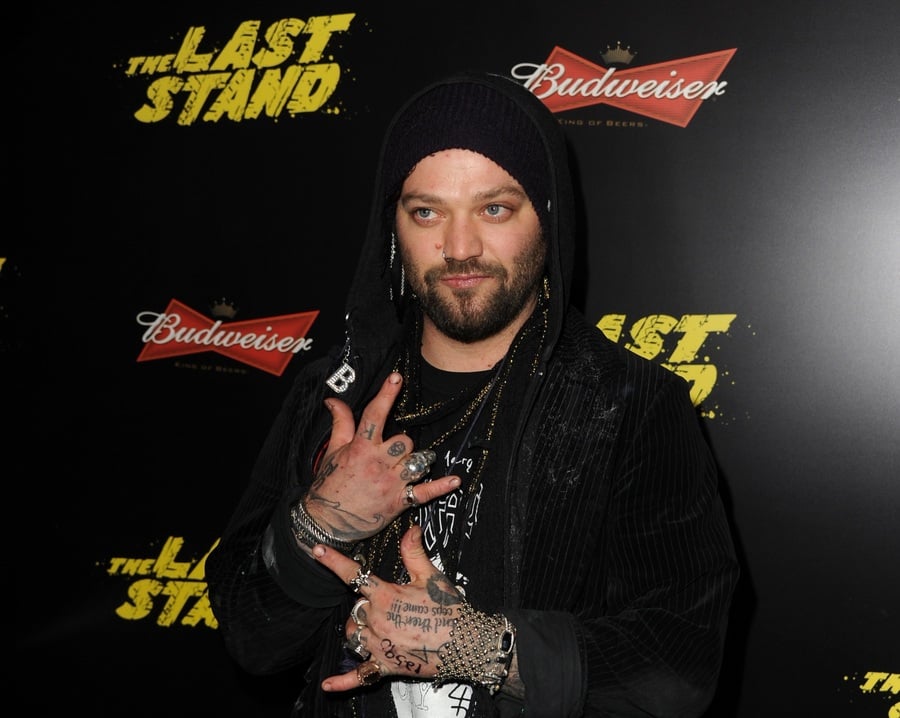 In addition to his work in the Jackass franchise and other television projects, Margera has also worked on several independent films that he wrote, produced, and starred in. The first film, Haggard (2003), was based on the real-life events in the life of his friend Ryan Dunn, with Dunn playing himself in the main role, and Margera playing the character of "Valo." His second independent film Minghags (formerly titled "Kiss a Good Man's Ass") was released straight to DVD in December 2008. That same December, Margera released the Christmas-themed movie Bam Margera Presents: Where the#$&% Is Santa?

Margera also has dabbled in music, starting his own music label Filthy Note Records in 2005. He has directed music videos for Clutch, Turbonegro, Viking Skull, and his brother's band CKY. Additionally, he played the keyboard in the novelty band Gnarkill, and was also in the band Fuckface Unstoppable. "Radio Bam" is the name of his Sirius Radio Station radio show that aired from November 2004 to February 2013.

Other projects he has been involved in include the release of a book with private writings and pictures, Serious as Dog Dirt (2009), and voicing a character in the video game Scarface: The World is Yours (2006). He is also an animated character in the Tony Hawk video game franchise.

Margera was engaged to Jenn Rivell, who featured in many of his early projects, although their seven-year relationship ended in 2005. He became engaged to childhood friend Melissa "Missy" Rothstein in 2006, with their wedding preparations and ceremony documented by the MTV series "Bam's Unholy Union." They divorced in November 2012. Margera married Nicole Boyd in Iceland on October 5, 2013, and together they have one son, born in December 2017.

In January 2004, Bam paid $1.195 million for a 14-acre property in West Chester, Pennsylvania. Over time he has developed the property into what is now called "Castle Bam." The property, which was heavily featured in his show "Viva La Bam," features an indoor skatepark, swimming pool, barn with music stage, BMX track and more:

Bam owns another home in the area which is convenient because he has at times made Castle Bam available for parties and as an Airbnb.