What is Balthazar Getty's Net Worth?

Balthazar Getty is an American film actor and singer who has a net worth of $200 million. Balthazar is the great-great grandson of Getty Oil Company founder Jean Paul Getty. Jean Paul Getty was the wealthiest person in the world during his lifetime. At the time of his death in 1976, Getty I was worth $2 billion. That's the same as around $10 billion today. Balthazar's father was the infamous J. Paul Getty II who was kidnapped at age 16 and held ransom for more than 5 months until his ear was severed.

As an actor, Balthazar Getty made his acting debut in the 1990 film adaptation of "Lord of the Flies," and went on to star in such films as "White Squall," "Lost Highway," and "Slingshot." On television, Getty had major roles on "Alias" and "Brothers & Sisters," while as a recording artist, he is a member of the indie band Ringside.

Balthazar Getty was born as Paul Balthazar Getty in 1975 in the Tarzana neighborhood of Los Angeles, California. His father was John Paul Getty III, the grandson of billionaire industrialist J. Paul Getty. His mother, Gisela, was a photographer and documentary filmmaker from Germany. As a youth, Getty was raised in San Francisco, and educated at Gordonstoun School in Scotland. In 1993, his parents divorced.

In his school art class in 1987, Getty was spotted by casting director Robin Joy Allan. Subsequently, Getty auditioned for the lead role of Ralph in a new adaptation of William Golding's class novel "Lord of the Flies." He landed the role, and the film came out in 1990. For his performance, Getty received a nomination for Best Young Actor in a Starring Role in a Motion Picture at the Young Artist Awards. Also in 1990, Getty appeared in the Western film sequel "Young Guns II," starring Lou Diamond Phillips, Christian Slater, Emilio Estevez, and Kiefer Sutherland.

Following his debut in 1990, Getty starred in the 1991 Western "My Heroes Have Always Been Cowboys," with Kate Capshaw and Scott Glenn. That same year, Getty appeared in "December" and the British religious satire "The Pope Must Die." Following this, he had another prominent role in the crime thriller "Where the Day Takes You," about teenage runaways on the streets of Los Angeles. The cast also included Dermot Mulroney, Sean Astin, Ricki Lake, David Arquette, Christian Slater, and Will Smith in his film debut. Among Getty's subsequent credits were "Red Hot," in which he played a poor music school student in 1950s Riga, Latvia; Oliver Stone's crime film "Natural Born Killers," starring Woody Harrelson, Juliette Lewis, Robert Downey Jr., and Tommy Lee Jones; "Don't Do It," with Heather Graham and James Le Gros; the science-fiction comic book adaptation "Judge Dredd," starring Sylvester Stallone; and "Mr. Holland's Opus," featuring an Oscar-nominated lead performance from Richard Dreyfuss.

In 1996, Getty was part of the ensemble cast of the coming-of-age disaster film "White Squall." The next year, he had one of his most memorable roles in David Lynch's neo-noir "Lost Highway," playing a young auto mechanic who mysteriously appears in the place of a convicted murderer in his prison cell. This was followed by such films as "Out in Fifty," "Four Dogs Playing Poker," and the romcom "Sol Goode," in which Getty played the titular role of a romantically hapless teenager. Later credits in the 2000s and 2010s include "The Center of the World"; the 1950s-set crime drama "Deuces Wild"; the disaster film "Ladder 49," starring John Travolta and Joaquin Phoenix; the independent crime film "Slingshot"; the horror comedies "Feast" and "The Tripper"; and the adventure drama "Big Sur," based on the eponymous Jack Kerouac novel. Getty also served as the narrator of the 2015 documentary "Unity," and appeared as himself in the 2021 documentary "Kid 90." 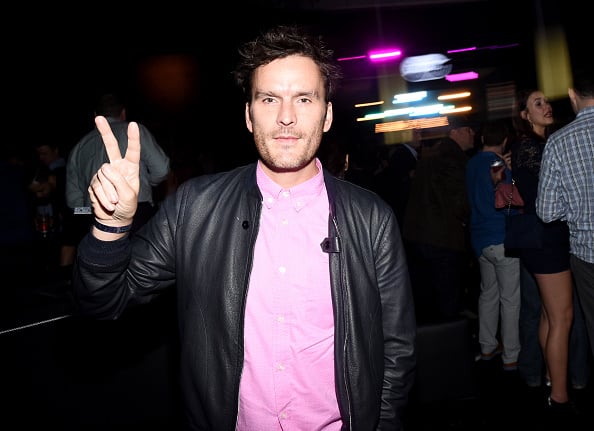 Getty made his television acting debut in a 1989 episode of the anthology series "Nightmare Classics." He wasn't on TV again until 1997, when he appeared in an episode of another horror anthology series, "The Hunger." This was followed in 2001 by his biggest role yet, playing Nate Greeley on the primetime Fox soap opera "Pasadena." However, the show was canceled after 13 episodes. Subsequently, Getty had a guest-starring role on the supernatural fantasy series "Charmed," playing a male witch named Richard Montana who becomes romantically involved with Paige Matthews. He was next in the three-part USA Network miniseries "Traffic," which co-starred Cliff Curtis, Martin Donovan, Elias Koteas, and Mary McCormack, among others. Following this, Getty appeared in the miniseries "Into the West" and in an episode of CBS's "Ghost Whisperer."

From 2005 to 2006, Getty starred as Agent Thomas Grace in the fifth season of the action thriller series "Alias." After this, from 2006 to 2011, he had his largest television role on the ABC drama "Brothers & Sisters," costarring Sally Field, Rachel Griffiths, Calista Flockhart, and Matthew Rhys. Getty was part of the main cast for the first four seasons, and then came on as a guest for the fifth. Among his later television credits, Getty has been in episodes of such shows as "Rizzoli & Isles," "Hawaii Five-0," "House of Lies," "When We Rise," and the third season of "Twin Peaks."

At the age of 15, Getty began deejaying and making electronic music. Today, he is a member of the indie rock and electronic band Ringside. Additionally, he is the producer for the rap duo known as The Wow. In 2013, Getty started his own record label, Purplehaus Records, and opened a production studio in Los Angeles.

Getty married fashion designer Rosetta Millington in 2000. Together, they have four children: daughters Grace, Violet, and June, and son Cassius.

Beyond his acting and music career, Getty serves on the board of directors for The Lunchbox Fund, a nonprofit that provides meals to school students in Soweto, South Africa.

In 2003, Balthazar and Rosetta paid $2.15 million for a home high up in the Hollywood Hills. They listed the home for sale for the first time in 2015 for $10.5 million. They took the home off the market, relisted it several times and finally accepted $8.4 million in July 2021: 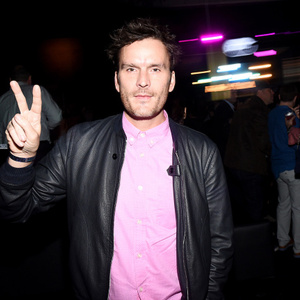