What is Bai Ling's Net Worth?

Bai Ling is a Chinese-American actress who has a net worth of $2 million. Bai Ling has appeared in films like "Dumplings," "Southland Tales," and "Maximum Impact," as well as in television shows like "Entourage" and "Lost."

Bai was born in Chengdu, China on October 10, 1966. Her father, Bai Yuxiang, was a musician in the People's Liberation Army and then became a music teacher. Her mother, Chen Binbin, was a dancer, stage actress, and literature teacher at Sichuan University. In the early 1980s, her parents decided to get a divorce, after which her mother married famous writer Xu Chi. Bai grew up with her older sister, Bai Jai, and a younger brother, Bai Chen.

Bai enjoyed acting and performing when she was a child, as she found it to be one of the only ways she was able to express herself and overcome her shyness. After she completed middle school, she was sent to do labor work at Shuangliu before returning to Chengdu to complete high school. She graduated in 1978 and then became an artist solider in Nyingchi Prefecture, Tibet as part of the People's Liberation Army. She mainly worked in musical theater and has later reported that many of the young women working there were abused and drugged by older male officers. This lead her to spend some time in a mental hospital, after which she joined the People's Art Theater of Chengdu in 1981, where she became a professional actress.

In 1984, Bai made her film debut as a village girl in the movie "On the Beach." She then appeared in several other movies before landing a role in the film "The Shining Arc," which pushed her towards fame in China. In 1991, she moved to the United States to attend New York University as a visiting scholar in the film department. The visit was only supposed to be temporary but she was later able to obtain a special visa that allowed her to remain in the United States.

Her ability to remain in the United States allowed her to begin pursuing roles in American film and television. Her first major American film was the 1994 movie "The Crow" in which she played the lover of the main villain. In 1997, she starred opposite Richard Gere in "Red Corner" and received high praise from the film critic at "The New York Times" and won several awards, including the National Board of Review Freedom for Breakthrough Female Performance and the San Diego Film Critics Society Award for Best Actress. Because the film was critical of human rights abuses in China, the Chinese government revoked her citizenship and she soon after was able to become a United States citizen. 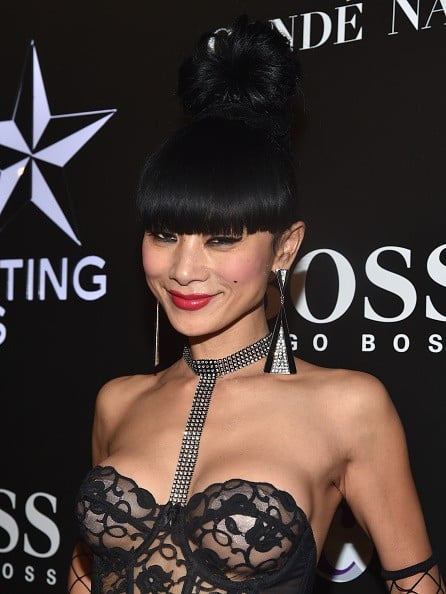 In 1998, "People" magazine included Bai in their annual list of "50 Most Beautiful People in the World." She then appeared in "Anna and the King" and was set to appear in "Star Wars: Episode III – Revenge of the Sith" but her scenes were cut from the movie. Bai claimed this was because she had decided to appear in an issue of "Playboy" which was set to appear on newsstands at the same time as the film's release but director George Lucas has disputed this claim.

In 2004, she was able to return to Chinese cinema by co-starring in the independent film "Dumplings" by Fruit Chan. For her performance, she received the 2005 Hong Kong Film Award for Best Supporting Actress and renewed her popularity among Chinese film goers. The same year, she also received high praise for her role in "The Beautiful Country" alongside actor Nick Nolte.

In 2005, her role in the international film scene was further established when she was made a member of the official jury of the 55th Berlin International Film Festival. She also guest-starred in the second season of the popular show "Entourage," playing the love interest of main character Vincent Chase.

In 2007, she starred in the film adaptation of the novel "Shanghai Baby," which premiered at Cannes Film Festival. She continued booking film and television roles, including roles in the show "Lost," "Love Ranch," "Crank: High Voltage," and "A Beautiful Life." In 2013, she starred in "Game of Assassins," which earned her the Best Actress award at the Los Angeles Cinema Festival of Hollywood and at the 2014 Asians on Film Festival. She also received praise for her work in "Speed Dragon" and "The Key."

Bai enjoys experimenting with fashion and became known for the often extravagant designs she would choose to wear on red-carpet appearances. She has also made statements about her public image and how it has morphed over time from more traditionally beautiful and innocent to one that is more typically Hollywood.

Bai has also had a bit of trouble with the law, as she was caught shoplifting at the Los Angeles International Airport in 2008, which she later said was due to the fact that she was having a crazy day following a breakup. She pled guilty in March of 2008 to disturbing the peace. She has also had problems with alcohol addiction and in 2011 she appeared on the fifth season of the VH1 reality show, "Celebrity Rehab with Dr. Drew," which depicts her attempts at recovery. Bai is also openly bisexual. 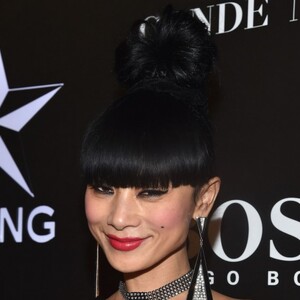