Ayelet Zurer Net Worth: Ayelet Zurer is an Israeli actress who has a net worth of $5 million. Ayelet Zurer was born in Tel Aviv, Israel in June 1969. Her parents survived World War II and immigrated to Tel Aviv. Ayelet completed her military service in the Israel Defense Forces and then moved to the United States to pursue an acting career.

In 1991 she moved back to Israel. Her first film role came in the movie For Sasha in 1991. From 1992 to 1993 Ayelet starred as Noga Caspi in the TV series Inyan Shel Zman. She has starred in the movies Munch, Fugitive Pieces, Vantage Point, Adam Resurrected, Angels & Demons, Hide Away, Darling Companion, Halo 4: Forward Unto Dawn, Man of Steel, The Last Knights, and Hostages. Zurer starred in the TV series In Therapy in 2005 and in Bnei Aruba in 2013. In 2003 Zurer won Best Actress Awards at the Israeli Film Academy Awards and Jerusalem Film Festival for Ha'Asonot Shei Nina (Nina's Tragedies). She also won the honor at the Israeli Television Academy Awards in 2006 for Betipul. She has appeared in many plays in Israel and in Richard III and A Midsummer Night's Dream in the United States. As a model she has worked for Golf and Honigman. Ayelet married Gilad Londovski in 2003 and has one child. 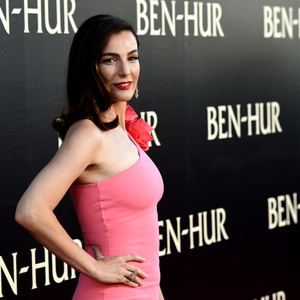