Axelle and Parker were first seen together just after Tony broke up with his first wife actress Eva Longoria in 2011. In June 2013 Parker used the word fiancé in referring to Francine. Axelle married NBA player Tony Parker in August 2014 in San Antonio, Texas. The couple welcomed their first child, son Josh, in April 2014. 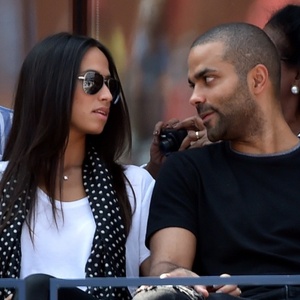