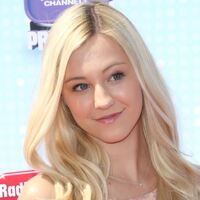 Ava Sambora net worth: Ava Sambora is an American actress who has a net worth of $500 thousand. Ava Sambora was born in Los Angeles, California in October 1997. She is the daughter of Heather Locklear and Richie Sambora. From 2015 to 2016 she starred on the reality television series SummerBreak 3. Sambora appeared in the film This IS 40 in 2012 and in the 2018 TV movie Mommy Be Mine. She also appeared in episodes of the TV series Good Luck Charlie in 2013 and Fresh Off the Boat in 2018. Ava Sambora walked the runway for her father Richie's clothing line White Trash Beautiful at Los Angeles Fashion Weekend in 2010. She has studied at Loyola Marymount University.