What was Ava Gardner's Net Worth?

Ava Gardner was an American actress and singer who had a net worth equal to $200 thousand at the time of her death in 1990 (after adjusting for inflation). Ava Gardner was renowned as one of the top female stars of Hollywood's Golden Age. After having her breakthrough role in the 1946 film noir "The Killers," she went on to star in such films as "Show Boat," "Mogambo," "The Night of the Iguana," "Seven Days in May," and "Earthquake." Gardner was also known for her many high-profile romances, including with Mickey Rooney, Frank Sinatra, and Howard Hughes.

In the years leading up to her death Ava was reportedly broke. At one point she agreed to do a memoir for a small lump sum. She eventually pulled out of the memoir. According to rumor, Frank Sinatra paid her the money she would have gotten from the book so she wouldn't continue participating.

Ava Gardner was born on Christmas Eve, 1922 in Grabtown, North Carolina as the youngest of seven children of tobacco sharecroppers Jonas and Molly. She had two brothers named Raymond and Melvin and four sisters named Beatrice, Inez, Elsie Mae, and Myra. When Gardner was a child, her family lost their property; they subsequently boarded at the nearby Brogden School, where Gardner's mother landed a job as a cook and housekeeper. After the school closed in 1931, the family moved to Newport News, Virginia. In 1938, Gardner's father passed away from bronchitis. The family subsequently moved to Rock Ridge, North Carolina, where Gardner went to high school. She went on to attend secretarial classes at Atlantic Christian College in Wilson.

In 1940, Gardner visited her sister Beatrice in New York City. There, Beatrice's husband, professional photographer Larry Tarr, offered to take a portrait of Gardner. He ended up being so impressed with the photograph that he displayed it in the front window of his studio. A legal clerk from Loews Theatres named Barnard Duhan saw the photo, and was similarly impressed; he told Tarr that Gardner's info should be sent to MGM. Subsequently, Gardner landed an interview at the studio's New York office. Offered a contract, she left for Hollywood in 1941.

During the beginning of her Hollywood career, Gardner appeared in bit parts in uncredited roles. She had brief appearances in "Shadow of the Thin Man," "Babes on Broadway," "This Time for Keeps," "Kid Glove Killer," "Sunday Punch," "Reunion in France," and "Hitler's Madman," among other titles. Finally, in 1943, Gardner received her first screen billing in the comedy horror film "Ghosts on the Loose." This was followed by uncredited roles in "Young Ideas," "Swing Fever," "Lost Angel," and "Two Girls and a Sailor." Gardner subsequently earned billing in "Three Men in White," "Maisie Goes to Reno," and "She Went to the Races." 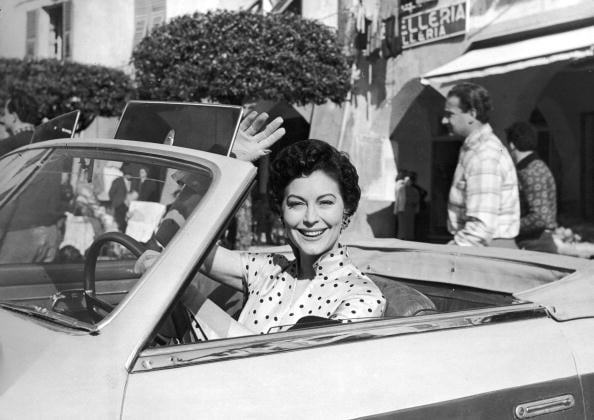 Gardner had her major breakthrough in 1946 when she starred in two films noir: "Whistle Stop" and "The Killers." She was ultimately launched to stardom for her performance in the latter film, in which she played femme fatale Kitty Collins opposite Burt Lancaster. Following this, Gardner appeared in such films as "The Hucksters," "Singapore," "One Touch of Venus," "The Bribe," "The Great Sinner," and "East Side, West Side." In 1951, she starred in three major films: the film noir "My Forbidden Past," the musical romance "Show Boat," and the romantic fantasy "Pandora and the Flying Dutchman." Gardner was subsequently in "Lone Star," "The Snows of Kilimanjaro," and "Ride, Vaquero!"

Gardner gave one of her most acclaimed performances in 1953, playing Eloise "Honey Bear" Kelly in John Ford's "Mogambo." Starring opposite Clark Gable and Grace Kelly, she earned her first and only Academy Award nomination for Best Actress. Gardner next starred in "Knights of the Round Table," "The Barefoot Contessa," "Bhowani Junction," "The Little Hut," "The Sun Also Rises," "The Naked Maja," and "On the Beach." In the early 60s, she starred opposite Dirk Bogarde in "The Angel Wore Red" and opposite Charlton Heston and David Niven in "55 Days at Peking." Gardner also had two memorable leading roles in 1964 in John Frankenheimer's "Seven Days in May" and John Huston's "The Night of the Iguana." Later in the decade, she appeared in "The Bible: In the Beginning…" and "Mayerling." Gardner worked steadily until 1982, with her late-career credits including "Tam-Lin," "Earthquake," "The Cassandra Crossing," "The Sentinel," and "Priest of Love."

Gardner had a storied romantic life. In 1942, she married her first husband, fellow MGM star Mickey Rooney. The marriage didn't last long, as Gardner divorced Rooney the following year on account of his mental cruelty toward her. She had another brief marriage to her second husband, musician and bandleader Artie Shaw, to whom she was wed from 1945 to 1946. Gardner's third and final husband was singer and actor Frank Sinatra, to whom she was married from 1951 to 1957. During their marriage, Gardner aborted both of her two pregnancies by Sinatra.

In addition to her three marriages, Gardner dated a number of other high-profile men. She was in a relationship with business magnate and aviator Howard Hughes, and also dated Spanish bullfighter Luis Miguel Dominguín, whom she met through their mutual friend Ernest Hemingway. Among her other boyfriends, Gardner dated actor Benjamin Tatar.

Gardner was a heavy smoker throughout most of her life, and also had the underlying medical condition of lupus. When she came down with pneumonia in 1986, her various health issues led to a stroke that left her partially paralyzed. Gardner ultimately passed away in early 1990 at the age of 67.

Gardner remains alive in the public consciousness as one of the greatest female stars of the Golden Age of Hollywood. She is remembered for her sophisticated and worldly image, her seductiveness, and her performances opposite a range of major male movie stars. Gardner's legacy is also reflected in the biography "Ava Gardner: The Secret Conversations," which was written by British journalist Peter Evans. 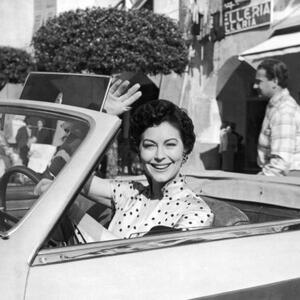