Austin Nichols net worth: Austin Nichols is an American actor who has a net worth of $4 million dollars. Born in Ann Arbor, Michigan on April 24, 1980, Austin Nichols is best known for his appearances on One Tree Hill and John from Cincinnati. Some of his notable film roles include The Day After Tomorrow and Wimbledon. He stands at six feet and three inches tall and began working in the entertainment industry in 1999. He is currently in a relationship with Chloe Bennet. Prior to acting, Nichols expressed an interest in competitive water skiing. He attended McCallum High School and after graduation moved to Los Angeles, California. He studied at the University of Southern California where he received his Bachelor's degree in English. He earned his acting start after crashing a Sundance Film Festival party. Austin dated actress Sophia Bush for a number of a years. He dated actress Chloe Bennet from 2014 to 2017. 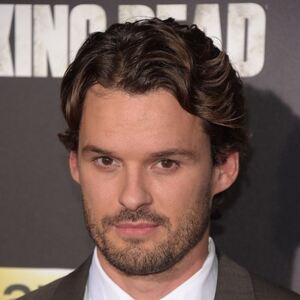