Austin Butler Net Worth: Austin Butler is American actor, singer and model who has a net worth of $4 million. He established himself in the movie industry with his feature film role of Sebastian Kydd in the new hit show "The Carrie Diaries", and for his part in Zoey 101 as James Garrett, replacing Sean Flynn's character, Chase Matthews.

Born on August 17, 1991 in Anaheim, California, Butler recognized his acting talent when he was a teenager and then he started to take acting classes to hone his skills further. After he completed the course and performed in several commercials, he made his debut in the short film The Faithful. Other successful feature and TV projects followed since. As for his most recent performances, they include his recurring role on Switched at Birth, where he plays the role of James "Wilke" Wilkerson, and the part of Sebastian Kydd, the love interest of Carrie Bradshaw, portrayed by AnnaSophia Robb on The Carrie Diaries, a 2013 prequel to Sex and the City. In 2016 Austin made headlines when it was revealed he was dating Vanessa Hudgens. They have actually been dating since 2011. In July 2019 it was announced that Austin Butler would play Elvis in an biopic about the legendary singer. 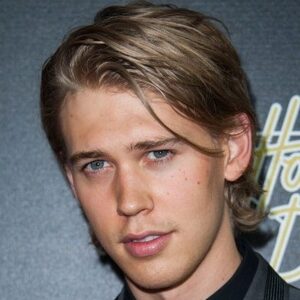