What is Audrina Patridge's Net Worth and Salary?

Audrina Patridge is an American television personality, actress, and model who has a net worth of $5 million. Although Patridge is probably best known for her appearance in the reality TV show "The Hills," she later went on to capitalize on this early success, exploring various opportunities within the entertainment world. She has since appeared in reality shows such as "Dancing with the Stars" and "Audrina."

Audrina Cathleen Patridge was born on May 9th of 1985 in Los Angeles. She was raised alongside three younger siblings in a family with German, Italian, Polish, and English heritage. As a young girl, Audrina grew up in Yorba Linda, California.

Audrina's entertainment career began when she was cast in "The Hills" in 2006. Although it was originally designed to be a simple spin-off of "Laguna Beach: The Real Orange County," this show eventually became incredibly popular and developed a strong fanbase in its own right. Patridge joined fellow cast members such as Heidi Montag and Whitney Port, who were some of the early cast members of the show.

The first season was full of ups and downs, with Montag and Patridge eventually ending their friendship together. Over the course of the series, Audrina became roommates with Lo Bosworth and later pursued a relationship with Justin Brescia. In 2009, Patridge announced that she was leaving "The Hills" to star in her own show. However, she agreed to star in the sixth and final season of "The Hills," putting her own show on hold for the time being.

During this period, Audrina explored various acting opportunities. Her first major acting role was in the straight-to-DVD film "Into the Blue 2: The Reef." She also began appearing on shows like "Mad TV" and "Do Not Disturb." Around this time, nude pictures of Patridge surfaced online, and she claimed that they were taking when she had just left high school.

In 2008, Audrina continued her acting career with the horror movie "Sorority Row." A number of commercials followed. First, she appeared in an advertisement for PETA, encouraging people to adopt pets rather than buy them. Somewhat hilariously, she then immediately appeared in a number of commercials for Carl's Jr. from 2009 to 2012. PETA is a vegan organization while Carl's Jr. is essentially the opposite.

In 2010, Patridge returned to reality television with "Dancing with the Stars." She was partnered with Tony Dovolani. They finished in seventh place overall despite some interesting Cha-Cha-Cha and Quickstep dances. During this period, she was ranked as one of the sexiest women alive by various polls and publications.

2010 also marked the year that she finally debuted her very own reality show (the one she had put on hold to appear in the final season of "The Hills"). The show was entitled "Audrina," and it premiered in 2011. Unfortunately for Patridge, it was canceled after just one season. 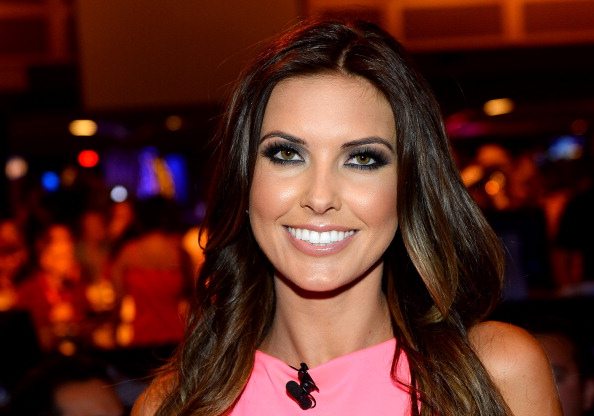 A few more appearances came with movies like "Take Me Home Tonight" and "Scary Movie 5." However, these were very minor cameos, and her scene in "Scary Movie 5" was actually cut from the film entirely before it went to theaters. From 2014 to 2015, Patridge hosted "1st Look" on NBC. During the 2018 MTV Video Music Awards, a reboot of "The Hills" was announced. "The Hills: New Beginnings" was then announced for the 2019 season, with Audrina apparently joining the cast.

In 2008, Audrina started dating Corey Bohan, a famous dirt bike and BMX rider. In 2015, the two became engaged after Bohan proposed. In 2016, they welcomed their first child into the world. About five months later, Patridge filed for divorce. She also filed a restraining order against her former husband in the midst of this, and in 2018 the divorce was finalized.

According to various reports, Audrina agreed to pay Bohan $35,000 as part of a divorce settlement. This settlement was allegedly meant to encourage Bohan to move out of Patridge's Orange County home. Audrina also obtained full custody of their daughter and the family dog. The divorce was clearly quite messy, as widespread reports stated that Corey had returned to the family home in order to change the locks, steal jewelry, and take the couple's wedding rings.

In 2015, it was reported that Audrina was listing her home in Hollywood Hills for $1.575 million. She had originally purchased the home in 2008. This residence features 2,100 square feet of living space, ocean views, three bedrooms, and an outdoor lounge with a fountain.

In 2016, Audrina purchased a much more substantial home for $1.546 million. This 3,388-square-foot mansion features four bedrooms, a guest suite, and a pool. In 2019, it was reported that Patridge had sold this home for $1.8 million. 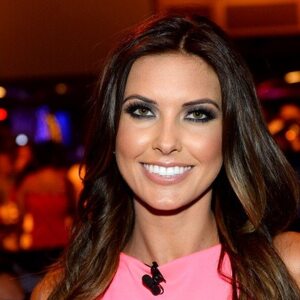