Meadows sang in the Broadway musical Top Banana after high school. She debuted on television in 1951 in the series Bob and Ray and The Amazing Mr. Malone. Meadows starred as Alice Kramden in the TV series The Honeymooners from 1955 to 1956 and The Jackie Gleason Show from 1952 to 1957. From 1982 to 1986 she starred as Iris Martin in the TV series Too Close for Comfort. Meadows also often appeared on The Red Skelton Hour from 1960 to 1971. She also appeared in episodes of the TV series The Steve Allen Plymouth Show, The United States Steel Hour, Alfred Hitchcock Presents, Love, American Style, Starsky and Hutch, Diff'rent Strokes, The Love Boat, Murder, She Wrote, Life with Lucy, Empty Nest, and Dave's World. Meadows won a Primetime Emmy Award in 1955 and was nominated for three others. In 1995 she received a Lifetime Achievement in Award in Comedy from the American Comedy Awards. In 1960 she was awarded a star on the Hollywood Walk of Fame. Audrey Meadows passed away on February 3, 1996 at 73 years old. 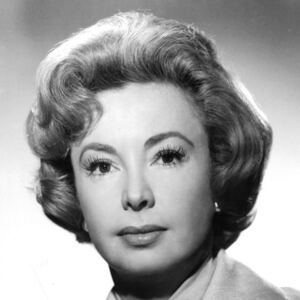