Audrey Landers net worth: Audrey Landers is an American actress and singer who has a net worth of $3 million. Audrey Landers was born in Philadelphia, Pennsylvania in July 1956. One of her best known roles came starring as Afton Cooper on the television series Dallas from 1981 to 1989. Landers has had recurring roles in the TV series Highcliffe Manor, One Life to Live, The Huggabug Club, and Burn Notice.

In 1985 she starred as Val Clarke in the film A Chorus Line. As a singer Landers released her debut studio album Little River in 1983. She also released the albums Holiday Dreams in 1984, Paradise Generation in 1985, Country Dreams in 1986, Secrets in 1988, My Dream For You in 1990, Rendez-Vous in 1991, Dolce Vita in 2006, and other German releases. Her single "Manuel Goodbye" reached #1 in Belgium. Landers wrote and produced episodes of the TV series The Huggabug Club and also wrote the film Circus Camp. 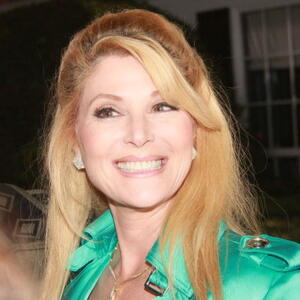