What is Audra McDonald's net worth?

Audra McDonald was born Audra Ann McDonald on July 3, 1970, in West Berlin, Germany. Her American parents, Anna and Stanley, worked as a university administrator and a high school principal, respectively. When Audra was born, Stanley was stationed in Germany with the U.S. Army. Sadly, Stanley died in 2007 when an experimental aircraft he was flying reportedly had mechanical trouble and crashed on a highway near Olivehurst, Yuba County. McDonald grew up in Fresno, California, with younger sister Alison, who is a director, producer, and screenwriter. During her youth, Audra performed with the Good Company Players' junior company, and she has said that her mother and Good Company director Dan Pessano have had more impact on her life than anyone else. McDonald attended Theodore Roosevelt High School, graduating from the Roosevelt School of the Arts program in 1988. In 2018, the Roosevelt Auditorium was renamed the Audra McDonald Theatre. After high school, Audra studied classical voice at New York City's Juilliard School, which she graduated from in 1993. 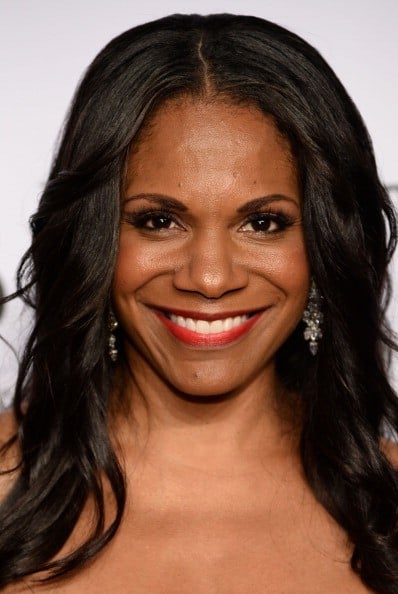 McDonald made her Broadway debut as a replacement for the role of Ayah in a 1992 production of "The Secret Garden," then from 1994 to 1995, she played Carrie Pipperidge in "Carousel," earning her first Tony Award. She starred as Sharon Graham in "Master Class" (1995), Sarah in "Ragtime" (1997), and Lucy, The Beggar Woman in "Sweeney Todd: The Demon Barber of Fleet Street" (2000), then she played Deena Jones in a 2001 New York Actor's Fund Benefit Concert of "Dreamgirls." Audra won her fourth Tony for her performance as Ruth Younger in a 2004 production of "A Raisin in the Sun," and she earned a Primetime Emmy nomination when she reprised her role in a 2008 ABC adaptation of the play. She gave Tony-winning performances as Bess in "Porgy and Bess" (2011) and Billie Holiday in "Lady Day at Emerson's Bar and Grill" (2014), and she received a Tony nomination for playing Frankie in "Frankie and Johnny in the Clair de Lune" (2019). In 2017, McDonald reprised the role of Billie Holiday in a London production of "Lady Day at Emerson's Bar and Grill" at Wyndham's Theatre.

Audra's first film was 1996's "Seven Servants," then she appeared in "The Object of My Affection" (1998) and "Cradle Will Rock" (1999) and played Grace Farrell in a 1999 TV adaptation of the musical "Annie." She starred as Professor Carla Bonatelle on The WB series "The Bedford Diaries" in 2006, and from 2007 to 2013, she played Dr. Naomi Bennett on ABC's "Private Practice," appearing in more than 60 episodes. McDonald appeared in the films "It Runs in the Family" (2003), "The Best Thief in the World" (2004), and "Rampart" (2011), and she co-starred with Meryl Streep and Kevin Kline in 2015's "Ricki and the Flash." In 2013, she played Mother Abbess in NBC's "The Sound of Music Live!" and starred in the concert special "Audra McDonald: Go Back Home." In 2017, Audra played Madame de Garderobe in "Beauty and the Beast," and she began starring as Liz Lawrence-Reddick on the CBS All Access (now Paramount+) legal drama "The Good Fight" in 2018. In 2021, she played Rachel Boutella on the Spectrum Originals series "The Bite" alongside her husband, Will Swenson, and she portrayed Barbara Siggers Franklin, the mother of Aretha Franklin, in the film "Respect." McDonald has hosted the PBS series "Live from Lincoln Center" since 2012.

Audra married bassist Peter Donovan on September 10, 2000, and they welcomed daughter Zoe (born February 14, 2001) before divorcing in 2009. McDonald wed fellow actor Will Swenson, who has appeared in Broadway productions of "Hair," "Les Misérables," and "Waitress," on October 6, 2012, and their daughter Sadie was born on October 19, 2016. Audra is also stepmother to Bridger and Sawyer, Will's sons from his first marriage. In September 2014, McDonald performed the song "Smile" at Joan Rivers' funeral. In June 2020, Audra and several other theatre professionals launched the organization Black Theatre United to "help protect Black people, Black talent and Black lives of all shapes and orientations in theatre and communities across the country." McDonald, Idina Menzel, Lin-Manuel Miranda, Kristin Chenoweth, and other Broadway stars recorded the bilingual children's album "Singing You Home – Children's Songs for Family Reunification" in 2018; the album benefited organizations helping families who were separated at the border. In 2014, Audra became a member of the board of directors for Covenant House, a nonprofit organization that provides food, shelter, and other services to homeless youth. Covenant House presented McDonald with its Beacon of Hope Award in 2018.

In 2012, McDonald was honored with the American Academy of Achievement's Golden Plate Award, and in 2016, President Barack Obama presented her with the National Medal of Arts for "lighting up Broadway as one of its brightest stars." Audra has earned five Primetime Emmy nominations, winning Outstanding Special Class Program for the "Sweeney Todd: The Demon Barber of Fleet Street – In Concert with the New York Philharmonic" episode of "Live from Lincoln Center" in 2015. Her other nominations were for Outstanding Supporting Actress in a Miniseries or a Movie for "Wit" (2001) and "A Raisin in the Sun" (2008), Outstanding Special Class Programs for the "Rodgers & Hammerstein's Carousel" episode of "Live from Lincoln Center" (2013), and Outstanding Lead Actress in a Limited Series or a Movie for "Lady Day at Emerson's Bar & Grill" (2016). She has won two Grammys – Best Opera Recording and Best Classical Album for "Weill: Rise And Fall Of The City Of Mahagonny" (2009) – and earned a Best Musical Theater Album nomination for "The Gershwins' Porgy And Bess: New Broadway Cast Recording" (2013). McDonald won an Online Film & Television Association Award for Best Supporting Actress in a Motion Picture or Miniseries for "A Raisin in the Sun" in 2008, and she received the Marion Dougherty New York Apple Award from the Casting Society of America in 2020. 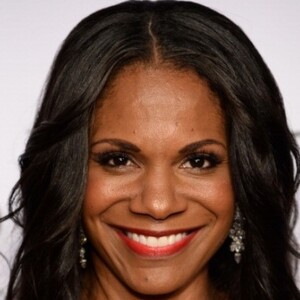