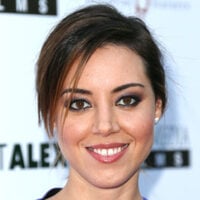 What is Aubrey Plaza's net worth?

Aubrey Plaza is an American actress and comedienne who has a net worth of $8 million. Aubrey Plaza is probably best known for her starring role in the NBC sitcom Parks and Recreation, where she played character April Ludgate. Plaza has also starred in many films including Funny People, Life After Beth, Happiest Season, and Dirty Grandpa, among others.

Plaza was born on June 26, 1984 in Wilmington, Delaware. Her father, David, worked as a financial advisor while her mother, Bernadette, worked as an attorney. Plaza is the eldest of three children, all girls. Her two younger sisters are named Natalie and Renee.

Plaza's father is Puerto Rican while her mother is Irish and both are devout Catholics. Plaza grew up in the Catholic faith and attended an all-girls Catholic School, Ursuline Academy, from where she graduated high school in 2002. While in high school, Plaza became involved with the Wilmington Drama League. Her interest in acting was serious enough to pursue in college, as she decided to study film at New York University's Tisch School of the Arts. She graduated with her bachelor's degree from NYU in 2006.

While still a student at NYU, Plaza began interning in New York at Saturday Night Live. She also began performing with the Upright Citizens Brigade Theater, where she honed her sketch comedy and improv skills. During this time she also started doing sets at the Laugh Factory and The Improv, two famous New York stand-up comedy venues. Plaza was also a page in NBC's apprenticeship program, which involved giving studio stores inside of the famous 30 Rockefeller building.

Plaza also began landing roles in various online series, including Terrible Decisions with Ben Schwartz and The Jeannie Tate Show. In 2009, she had a role in Funny People alongside Adam Sandler, Seth Rogan, and Leslie Man. The same year she also landed the role of April Ludgate in Parks and Recreation, which was on-air from 2009 to 2015. She is often referred to as one of the show's breakout characters and the show itself was nominated for several Emmy Awards and has also been recognized by the Critics' Choice Television Award, the TCA Awards, and the GLAAD Media Awards.

Throughout her time on Parks and Recreation, Plaza continued working on other projects as well. She appeared in the films Scott Pilgrim vs. the World, Damsels in Distress, and Someday This Pain Will Be Useful to You before she got her first starring role in the film Safety Not Guaranteed where she played the character Darius Britt. The film was positively received by critics and was hailed as influential to the world of filmmaking, as it foreshadowed the era of films made specifically for streaming platforms. The film won awards at the ALMA Awards, Independent Spirit Awards, Leiden International Film Festival, Sundance Film Festival, and the Young Hollywood Awards. 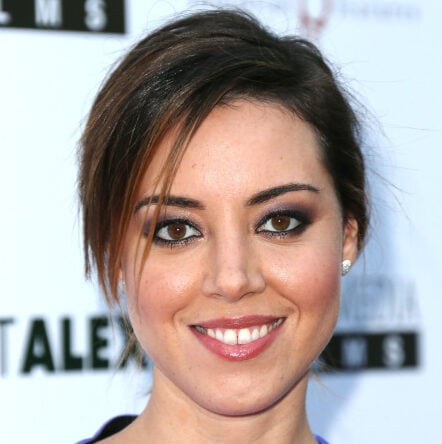 Since then, Plaza has had a number of other starring roles in films. In 2014, Plaza starred in the film Life After Beth, which also premiered at the Sundance Film Festival. In 2016, she played alongside Anna Kendrick, Zac Efron, and Adam DeVine in Mike and Dave Need Wedding Dates. She has also transitioned into the producing role as well, starring in and producing the films The Little Hours and Ingrid Goes West. She also starred in the 2019 horror film, Child's Play, a remake of the 1988 film of the same title.

In addition to film, Plaza has appeared in several episodes of Portlandia and Criminal Minds, among a variety of other shows. She has also lent her voice to characters in SpongeBob SquarePants, Golan the Insatiable, The Legend of Korra, and the Lifetime Network's original movie, Grumpy Cat's Worst Christmas Ever. She also had a recurring role in the FX series Legion, based on the Marvel Comics character. Her portrayal of Lenore "Lenny" Busker earned her a nomination in the MTV Movie Award for Best Villain category, as well as a nomination in the Best Actress category in the Imagen Awards.

More recently, Plaza co-produced and starred in the thriller Black Bear, which premiered at the Sundance Film Festival. Her performance was highly praised by critics and she was nominated in the Best Actress category at the San Diego Film Critics Society Awards. Additionally, she received a Hollywood Critics Association Award for Acting Achievement for the film in 2021. She also starred in the film Happiest Season, a romantic comedy-drama released by Hulu that was also positively reviewed by critics.

When Plaza was a 20-year-old student at NYU, she suffered a stroke that caused expressive aphasia as well as temporary paralysis. She was left unable to speak or even communicate by writing, though she was still able to walk. Fortunately, she recovered from the stroke in large part due to her young age. She later suffered another small stroke while on the set of Parks and Recreation, but has also since recovered.

Plaza briefly dated actor Michael Cera while filming Scott Pilgrim vs. the World in 2010 but broke up amicably after a year and a half. Since 2011, Plaza has been in a serious relationship with Jeff Baena, a writer and director. They have collaborated professional and currently live together in Los Angeles, California. Baena has directed Plaza in three movies: Joshy, The Little Hours, and Life After Beth. They married in 2021.

In July 2016 Aubrey paid $1.6 million for home in the Hollywood Hills. She listed this home for sale in August 2022 for $2.25 million and found a buyer within a few weeks for very close to asking.

In October 2022 Aubrey paid $4.7 million for different home in the Hollywood Hills.