Asia Monet Ray net worth: Asia Monet Ray is an American child dancer, gymnast and reality television personality who has a net worth of $100 thousand dollars. She is bet known for appearing on the Lifetime series, Dance Moms and also appeared in series one of Abby's Ultimate Dance Competition.

When she was just two years old, she starred dancing and soon after began gymnastics. She has won three national titles and has appeared on the Today Show as well as the Ellen show displaying her talents. Her father, Shawn Ray, is an American fitness instructor and professional wrestler and her mother, Kristie, is a yoga instructor. She also has a younger sister named Bella Blu who is also a dancer and gymnast. The family resides in Los Angeles and when she is not honing her craft, Asia enjoys riding her bike, swimming, dancing and making music videos with her younger sister and best friends Charlize Michaels and Jordyn Jones. 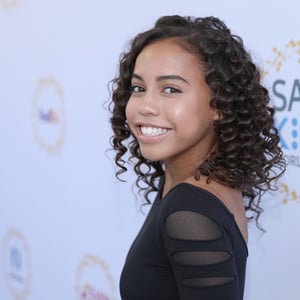