What is Ashton Kutcher's Net Worth and Salary?

Ashton Kutcher is an American model, actor, entrepreneur, and TV host who has a net worth of $200 million. Ashton Kutcher's career has spanned the fashion runway, TV sitcoms, feature films, and one extremely popular hidden camera prank show. He first became famous thanks to "That 70's Show" and parlayed that fame into a moderately successful film career. Today he is perhaps better-known as a technology investor. As we detail later in the article, through his venture capital firm A-Grade Investments, Ashton has made early investments in dozens of successful companies.

Born on February 7, 1978 in Cedar Rapids, Iowa, Ashton Kutcher studied biochemical engineering at the University of Iowa before he dropped out to move to New York City and pursue a modeling career, which soon led to success in photoshoots and on the runway for Calvin Klein. He actually has a twin brother named Michael who was born with cerebral palsy.

But with more ambitions in his heart than a career as a fashion model, he made another career change and moved out to Los Angeles to try acting. A successful audition allowed him to make his way onto the popular FOX sitcom That 70's Show as breakout character Kelso, the role that rocketed him to stardom.

Kutcher's work on That 70's Show made him a sought-after comedy star in Hollywood. During the run of that series, he starred in Dude, Where's My Car with Sean William Scott in 2000, Just Married with Brittany Murphy in 2003, and the Guess Who's Coming to Dinner remake Guess Who in 2005. It was during this time that he made an uncredited appearance in another studio comedy remake: Cheaper by the Dozen , and he also attempted to branch into more serious roles by starring in The Butterfly Effect – a science-fiction time travel drama – in 2004.

In 2003 Kutcher launched what would become possibly his greatest contribution to popular culture with the MTV original series Punk'd. He produced and hosted the series, which featured him orchestrating a variety of elaborate hidden camera pranks on his celebrity friends, and he parlayed his success with the show into executive producer credits on a variety of other MTV reality shows, including Beauty and the Geek, Adventures in Hollywood, The Real Wedding Crashers, and a game show called Opportunity Knocks. 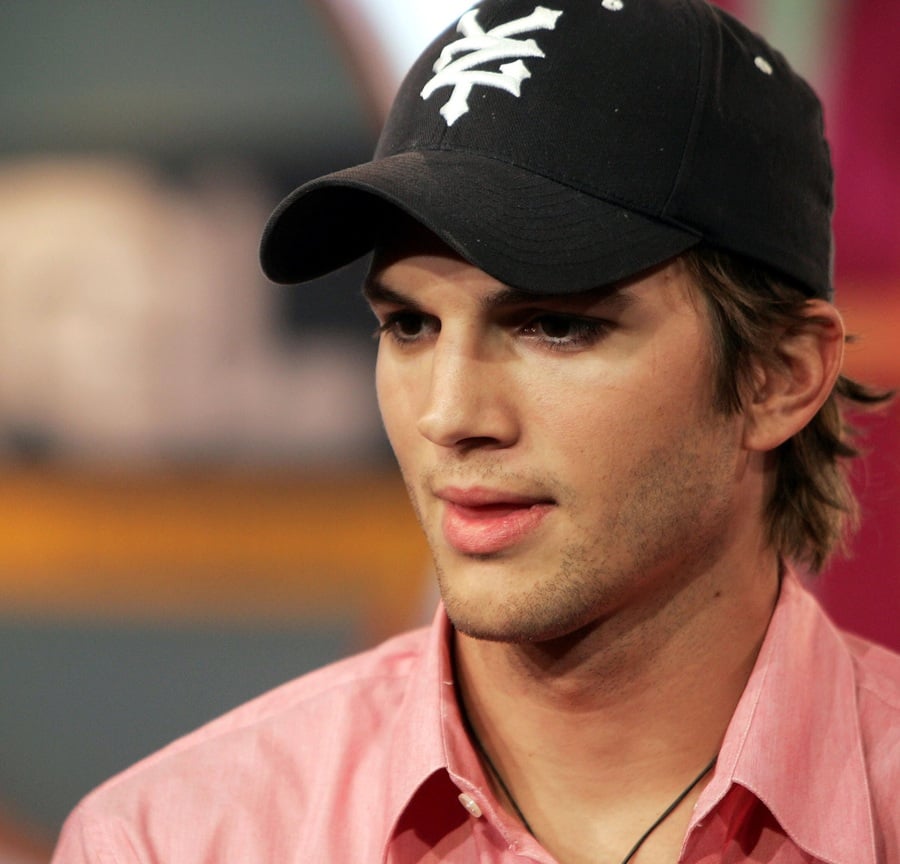 In 2006, Kutcher had to scale back to fewer appearances on the final season of That 70s Show due to scheduling conflicts with his role in the action drama The Guardian, instead appearing as a "special guest star." In 2010, he was back on the big screen in Killers, playing an assassin in the action comedy that he also produced. The following year, he was cast in the CBS sitcom Two and a Half Men to replace Charlie Sheen after the latter's unexpected departure from the show. The show remained popular and this ended up being an extremely lucrative job for Kutcher.

A year after the end of Two and a Half Men, Kutcher signed onto another television series, this one the Netflix production The Ranch, in which he played the lead role for the complete run of 80 episodes. He's also been seen and heard on everything from the animated sitcom Family Guy to the investment reality competition program Shark Tank. And in 2017, he made a guest appearance on the popular reality TV dating competition show The Bachelor.

Two and a Half Men Salary

At his peak on the series "Two and a Half Men" Ashton earned a salary of $800,000 per episode. That worked out to roughly $20 million per season, which at one time made him the highest paid actor on television.

Ashton Kutcher has also distinguished himself in the world of venture capital. Through his Venture Capital firm A-Grade Investments, Ashton has made early investments in startups like Uber, Airbnb, Spotify, Shazam, Soundcloud, Neighborly, Zenreach, ResearchGate, Kopari Beauty, and "insurtech" service Lemonade.  According to one report, Ashton and his team turned $30 million worth of investments into $250 million in assets. 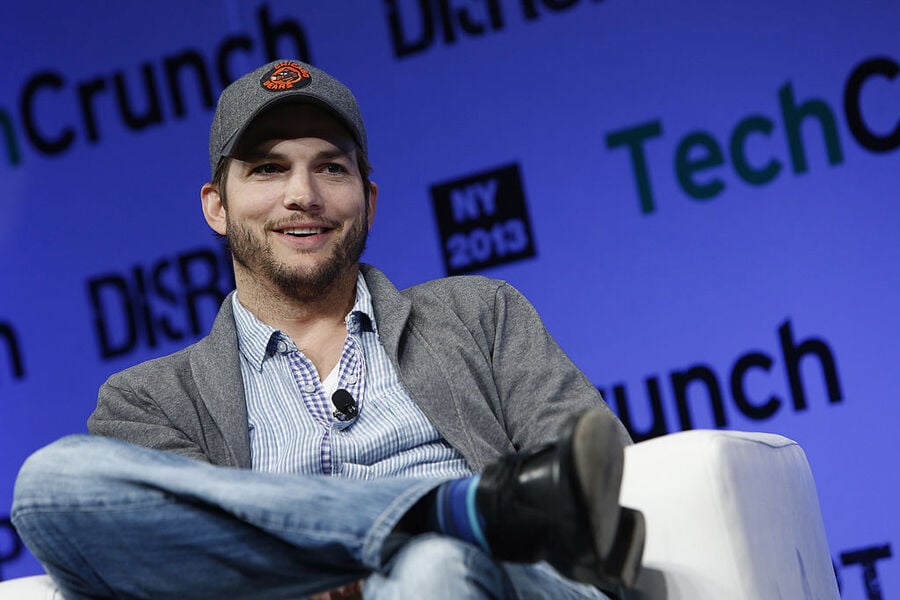 Ashton Kutcher famously married actress Demi Moore in 2005, the couple divorced about six years later. In 2012, he started dating Mila Kunis, one of his former co-stars on That 70's Show. The two married in July of 2015. A less lasting romantic relationship of Kutcher's was thrust into the spotlight in 2019 under tragic circumstances when Kutcher testified at the trial of one Michael Gargiulo, who was charged with the murder of Ashley Ellerin, whom Kutcher dated briefly in 2001.

"Anyone who wants to be an entrepreneur like someone else is actually looking in the wrong direction. You don't look out for inspiration, you look in. You have to ask yourself how can I be better today, at solving the problem I am trying to solve for my company. I wouldn't encourage anyone to be like me. Just be like you."

Given Ashton Kutcher's success in the investment world, it's no surprise that he's reportedly been a mover and shaker in real estate as well.

In June 2017 they paid $10 million for a beachfront home in Carpenteria, California, near Santa Barbara. The property is made up of two houses spread across a combined 3,100-square-feet of interior living space.

Their primary home is a 6-acre property in Beverly Hills that was photographed for Architectural Digest in August 2021. 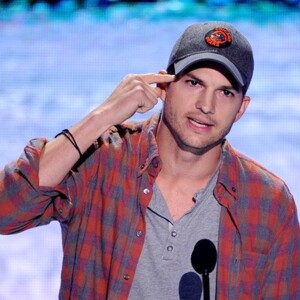