Ashton Holmes net worth and salary: Ashton Holmes is an American actor who has a net worth of $5 million dollars. Ashton Holmes was born in Albany, New York on February 17, 1978. He began acting lessons at age 6 and attended the Albany Academy. He became the lead singer and played guitar or local band Method of Groove and earned his band their first record deal with Equal Vision Records.

The band broke up around 2004. Holmes first television debut was on the soap opera One Life to Live. In 2005, he starred in the film A History of Violence. In 2006, he had a recurring role on ABC's Boston Legal and appeared in Peaceful Warrior. He also played a role in What We Do is Secret, Normal Adolescent Behavior, Wind Chill and Smart People. Holmes did television appearances on series such as Law & Order, Numbers, House, Cold Case, CSI and Ghost Whisperer. Most recently, he was in the HBO miniseries The Pacific, CW series Nikita, ABC drama series Revenge and was cast in the ABC pilot Reckless. 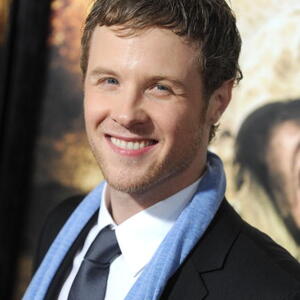