Ashley Scott Net Worth: Ashley Scott is an American actress and model who has a net worth of $500 thousand dollars. Ashley Scott was born in Metairie, Louisiana, and grew up in Charleston, South Carolina. She began her professional career as a model when she was still in elementary school, and then made the leap to film and television work in 2001.

Since then, she has appeared in such projects as "A. I. Artificial Intelligence", "Criminal Mastermind", "S.W.A.T.", "Dark Angel", "Birds of Prey", "Walking Tall", "Lost", "Into the Blue", "Just Friends", "Jericho", "The Kingdom", "Strange Wilderness", "12 Rounds", "Fear Itself", "CSI: Miami", and "NCIS". She has also appeared in numerous television films, including "Deceit", "Christmas Mail", "The Perfect Boyfriend", "Summoned", "Nightmare Nanny", and "Holiday Road Trip". She is next slated to co-star on the Lifetime Television comedy-drama series, "Un-Real". The program is about a group of staffers on a televised dating show. 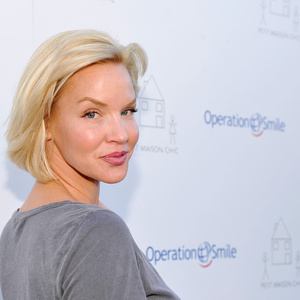