Ashley Leggat net worth: Ashley Leggat is a Canadian actress, dancer, and singer who has a net worth of $800 thousand. Ashley Leggat was born in Hamilton, Ontario, Canada in September 1986. She trained with Theatre Aquarius's Performing Arts Program. Leggat has starred in stage productions of The Sound of Music, Cinderella, The Lion, The Witch And The Wardrobe, Jekyll And Hyde, Anne of Green Gables, The Nutcracker, and The Wizard of Oz. In 2004 she starred as Kat Adams in the television series Ace Lightning. In 2006 Leggat starred as Kelly in the TV series 11 Cameras. From 2005 to 2009 she starred as Casey MacDonald in the series Life with Derek. From 2011 to 2012 she starred as Zoe in the television series Totally Amp'd. She has starred in the movies Confessions of a Teenage Drama Queen and The Perfect Girlfriend. Leggat has also appeared in episodes of the TV series My Best Friend Is an Alien, In a Heartbeat, The Blobheads, and Darcy's Wild Life. She has been nominated for two Young Artist Awards and a Gemini Award. 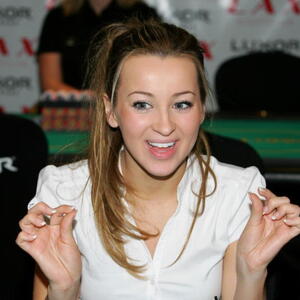