What is Ashley Judd's Net Worth and Salary?

Ashley Judd is an American television and film actress and political activist who has a net worth of $14 million. Although Judd is probably best known for her various acting roles, she has also embarked on an impressive career as a political activist in recent years. On numerous occasions, it was rumored that Ashley was considering a political career herself, although this never actually materialized.

Her best-known films include "Ruby in Paradise," "Heat," "A Time to Kill," "Kiss the Girls," "Dolphin Tale," "Olympus Has Fallen," "Divergent," and "A Dog's Way Home." She is also known for appearing in shows like "Missing," and her performance in this series earned her a Primetime Emmy Award.

Ashley Tyler Ciminella was born on April 19th of 1968 in Los Angeles, California. She was initially raised in Granada Hills by country singer Naomi Judd and a marketing analyst, but her parents discovered when she was four years old. It wasn't until the 80s that Ashley's mother became a successful country singer. She was raised alongside a sister, Wynonna, who also became a country singer.

After her mother divorced, she took Ashley and her sister to Kentucky, which is her home state. During this period, Judd attended 13 different schools in Lexington, Ashland, and Tennessee. After graduating from high school, she briefly became a model in Japan before continuing with her studies at the University of Kentucky. During her college years, she studied French, anthropology, art history, theater, and women's studies. After graduating, she drove to Hollywood and studied acting while working at a restaurant. Eventually, she moved back to Tennessee to be closer to her mother and sister.

Many years later, Judd would return to the University of Kentucky to earn a Bachelor's degree and was subsequently awarded an honorary Doctor of Humane Letters from Union College.

Ashley Judd's first major role was in "Star Trek: The Next Generation." She appeared in two episodes of the series in the early 90s. She then booked a recurring role on the NBC drama "Sisters." Her first film role also came around this time, and it was a brief appearance in "Kuffs." She then booked a starring role in the independent film "Ruby in Paradise." This led to further roles in films like "Natural Born Killers," "Smoke," and "Heat." Another notable role in the 90s came with "Norma Jean and Marilyn," in which she played Marilyn Monroe.

During the 2000s, she appeared in movies like "Where the Heart Is," "Someone Like You," "High Crimes," "Frida," "De-Lovely," and "Twisted." During this period, she also performed in a Broadway revival of "Cat on a Hot Tin Roof." During the 2010s, she became known for her roles in films like "Flypaper," "Divergent," and "Insurgent." She also spent this period starring as Rebecca Winstone in ABC's "Missing." Following these roles, Judd began to focus more on political activism.

A supporting role then came with "A Time to Kill," which received positive reviews while performing well at the box office. By this point, she was a major actress, and was offered starring roles in movies like "Kiss the Girls" and "Double Jeopardy." 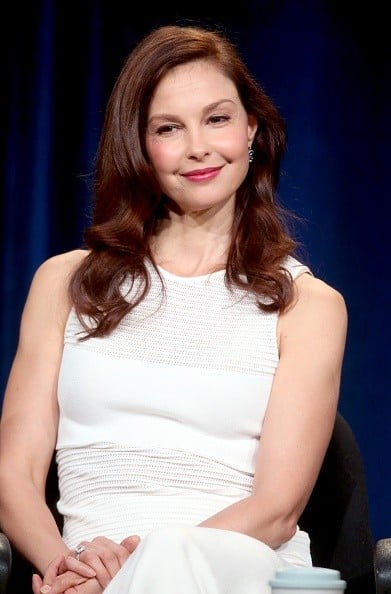 Judd has been an outspoken political figure over the years. She has criticized Republican politicians like Sarah Palin repeatedly while supporting mainstream Democrats such as Barack Obama. She has engaged in a number of humanitarian missions to nations like the Democratic Republic of Congo. In 2013, she announced that she might run for Senate, although she eventually backed out. She is also a proud feminist who has participated in many Women's Marches and other events over the years. In 2020, she endorsed Elizabeth Warren for the presidential election.

In 1999, Judd began a relationship with Dario Franchitti, a racing driver based in Scotland. In 2001, the pair were married. 12 years later, they obtained a divorce. They had no children during the relationship because Ashley is an antinatalist, which means she believes bringing children into the world is morally wrong.


In 2015, Ashley Judd revealed that she had been sexually harassed by a powerful figure within the entertainment industry. Two years later, she revealed the name of this individual: Harvey Weinstein. She reported that the harassment occurred during the filming of "Kiss the Girls." In 2018, Ashley took things one step further, filing a defamation lawsuit against Weinstein. This lawsuit and public acknowledgement of Weinstein was one of the major dominoes that finally began to fall and eventually morph into the #MeToo movement.

She claimed that after she had rejected his sexual advances, he spread rumors about her that damaged her career. While a federal judge dismissed Judd's claims of sexual harassment against Harvey, they allowed her to continue with her defamation lawsuit. In 2019, Ashley admitted that she had been raped three times over the course of her life.

In 2013, it was reported that Judd had purchased a home in Kentucky. This was definitely on the low end of the spectrum as far as celebrity house purchases go, as the home in Ashland only cost Ashley $120,000. However, she probably snatched up this residence for sentimental reasons rather than anything else, as it was the same house that her father once owned. Judd herself spent many years growing up in this residence. Spanning 1,400 square feet, the property features three bedrooms and one bathroom. 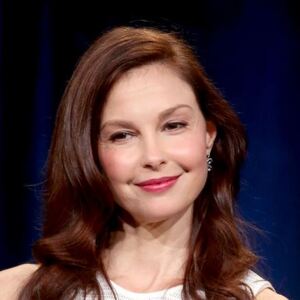