Ashley Jones net worth and salary: Ashley Jones is an American actress who has a net worth of $6 million. Ashley Jones was born in Memphis, Tennessee in September 1976. From 1997 to 2000 she starred as Megan Dennison on the soap opera The Young and the Restless. Jones starred as Bridget Forrester on the soap opera The Bold and The Beautiful from 2004 to 2018. From 2016 to 2017 she starred as Parker Forsyth on the soap opera General Hospital. She also had a recurring role as Daphne Landry on the television series True Blood in 2009. She has also appeared in films and episodes of TV series including Old School, The Wedding Ringer, Dr. Quinn, Medicine Woman, The District, Without a Trace, Bones, 90210, and more. Ashley Jones has been nominated for Daytime Emmy Awards in 1999 and 2000 for The Young and the Restless and in 2005 for The Bold and the Beautiful.

Personal Life: From 2002 to 2009, Ashley was married to Noah Nelson, the son of actor Craig T. Nelson. She married Joel Henricks in 2016. In September 2019 Ashley filed for a restraining order against Joel, claiming physical violence that has occurred since before they wed. 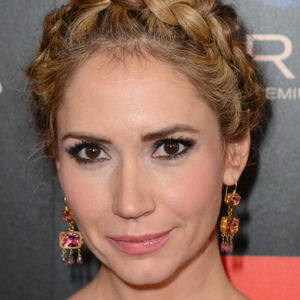