Ashley Gold net worth: Ashley Gold is an American pawn shop manager and reality television personality who has a net worth of $1 million dollars. Ashley began working in her father's pawnshop, American Jewelry and Loan, when she was in elementary school. She wrote her first pawn receipt when she was just seven years old.

She went on to graduate from the University of Michigan, where she earned her Bachelor's Degree in Business Administration. She went on to earn her Diamond Certification from the Gemological Institute of America, and then returned to her father's shop full-time. She now serves as the General Manager. American Jewelry and Loan was a subject of the truTv series, "Hardcore Pawn", a reality show that followed Ashley's family as they run their pawnshop in Detroit, Michigan. The show featured her father, Les Gold, her brother, Seth, and her mother, Lili Gold, as well as various pawnshop employees. Its 2010 premiere was the most-watched in truTv's history. She is also known by the name Ashley Broad. Ashley appeared on Hardcore Pawn from 2009 to 2015 and served as an executive producer for the series from 2013 to 2015. She has also appeared on episodes of the TV series Good Morning America, Good Afternoon America, Fox and Friends, Big Morning Buzz Live, The Arsenio Hall Show, Home & Family, and Today. 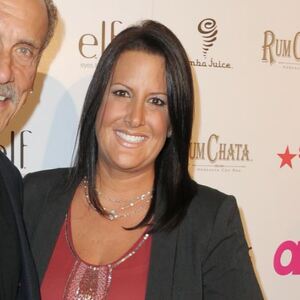