Ashley Banjo Net Worth: Ashley Banjo is an English actor, dancer, and choreographer who has a net worth of $1 million. Born in Leytonstone, London, England, in 1988, Ashley Banjo was studying at Queen Mary, University of London, when his dance troupe, Diversity, won the TV competition "Britain's Got Talent". He left school to focus on dancing.

Diversity had also previously won the 2007 Street Dance Weekend event before entering the on-screen competition. In late 2009, Diversity was invited to perform in front of Queen Elizabeth at the Royal Variety Show. Following the win on "Britain's Got Talent", Banjo and Diversity went on a holiday tour, though Banjo was injured and unable to perform at the end. He choreographed the group's Christmas tour and later their Limitless tour, which took place at the end of 2013. Banjo has judged "Got to Dance", a competition show on Sky1, since 2010, and is set to remain through the show's upcoming fifth series. Diversity appears on "Got to Dance" as guest stars every season. Banjo is also featured on Sky1's "Ashley Banjo's Secret Street Crew," a documentary reality series that has been running since early 2012. His other TV appearances include "The Real Hustle", "The Magicians", "Text Santa", "Celebrity Juice", "The Cube", and "Stella". Banjo has been dating fellow dancer Francesca Abbott for several years and serves as an ambassador for the United Dance Organization. 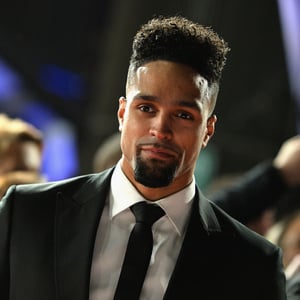