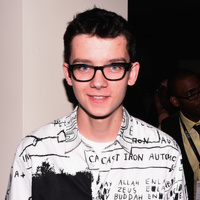 Asa Butterfield net worth: Asa Butterfield is an English actor who has a net worth of $5 million dollars. Asa Butterfield was born in Islington, London, England, and began acting when he was in elementary school, appearing in productions with the Young Actors Theatre. He made his professional on-camera debut in the television movie, "After Thomas", in 2006. Since then, he has gone on to appear in guest-starring, co-starring, and starring roles in both film and television projects. Some of his television credits include "Ashes to Ashes" and "Merlin". His film credits include "Son of Rambow", "The Boy in the Striped Pyjamas", "The Wolfman", "Nanny McPhee and the Big Bang", "Hugo", and most recently, "Ender's Game". He has been nominated for numerous acting awards, including the Young Artist Award for Best Performance in a Feature Film by a Leading Young Actor. He is next slated to appear in "X Plus Y" and "The White Circus".