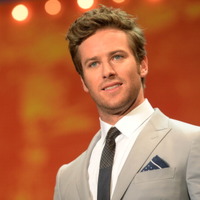 What is Armie Hammer's Net Worth and Salary?

Armie Hammer is an American actor who has a net worth of $100 thousand. Armie Hammer first became widely famous after portraying the identical Wiklevoss twins in David Fincher's movie The Social Network (2010). Armie's first acting role was Student #2 on an episode on the Emmy-winning FOX sitcom "Arrested Development," and he also guest-starred on "Veronica Mars" (2006) and "Desperate Housewives" (2007) before landing the role of televangelist Billy Graham in 2008's "Billy: The Early Years."

In July 2022 reports surfaced that Armie Hammer was working as a concierge/time share salesperson at a resort in the Cayman Islands. At first the reports we denied by the hotel staff but within a few days the reports seemed to be re-confirmed, with an anonymous source telling Variety:

"He is working at the resort and selling timeshares. He is working at a cubicle. The reality is he's totally broke, and is trying to fill the days and earn money to support his family."

Hammer apparently has also worked as an apartment complex manager in the Caymans, which is where he spent much of his childhood and where his wife and children moved in the wake of his controversies which we discuss in greater detail later in this article.

It's hard to understand how Armie could actually be "broke" after the career he enjoyed for over a decade in Hollywood. A career that allowed him to earn millions of dollars per major film role and achieve a net worth that easily topped $10 million at one point. If true, it would be one of the most-shocking falls from grace in Hollywood history.

Armie Hammer was born Armand Douglas Hammer on August 28, 1986, in Santa Monica, California. His mother, Dru Ann, worked as a loan officer at a bank, and his father, Michael, is the owner of Armand Hammer Productions, Knoedler Publishing, and several other businesses. The family (which also includes Armie's younger brother, Viktor) briefly lived in Dallas, Texas, then moved to the Cayman Islands when Armie was 7 years old. They stayed for five years before moving back to Los Angeles. Hammer studied at Faulkner's Academy and Grace Christian Academy (which was founded by his father) in the Cayman Islands as well as Los Angeles Baptist High School, but he dropped out during his junior year to focus on his acting career (however, he did take courses at UCLA and Pasadena City College at his parents' behest). Armie's parents initially disowned him after he quit school, but he has said that they later became supportive of his career.

Armie's paternal great-grandfather was oil tycoon Armand Hammer. Armand acquired Occidental Petroleum using his wife's family money in 1957. He ran the company until his death in 1990.

Today Occidental Petroleum is still a publicly traded company with a market cap of around $10 billion.

At the time of his death, Armand Hammer's net worth had been reported to be as high as $800 million. That's the same as around $1.6 billion today after adjusting for inflation. Other reports would later allege the fortune was significantly smaller. Armand died in December 1990. He is buried across the street from his impressive Occidental Building and Hammer art museum at the Westwood Village Memorial Park Cemetery. Armand is buried  in a large tomb at the cemetery not far from the final resting places of Marylin Monroe, Hugh Hefner and Rodney Dangerfield. 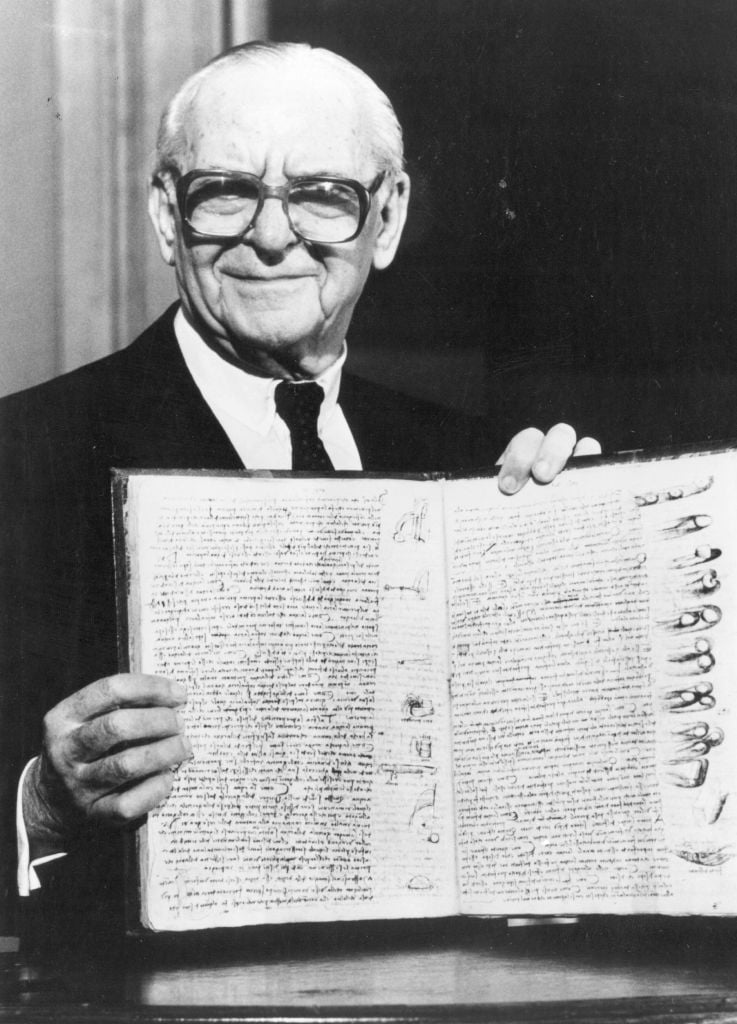 [The photo above shows Armand Hammer in December 1980 after winning an auction for Leonardo da Vinci's Codex papers at a Christie's auction. More info on this in a minute.]

Upon his death, Armand's grandson Michael – Armie's father – inherited control of the estate as sole executor, but not necessarily large sums of money. A passionate Christian, Michael reportedly influenced Armand to leave financial gifts to causes like Jews for Jesus, Italy for Christ and other evangelical organizations. Michael's father-in-law Douglas L. Mobley – Armie's mother Dru Ann's father – announced at Armand's funeral that Armand had renounced Judaism and taken up Christianity on his deathbed. Douglas was a real estate developer who had become a Christian evangelist.

Michael and Dru Ann met on an airplane in 1985. At the time she was working as a personal fitness instructor, he was an executive at Occidental. Dru Ann and her father Douglas Mobey steered Micahel towards evangelical Christianity. Not long after his grandfather Armand died, Michael moved his family – Armie was around 7 at the time, to the Cayman Islands where he founded a Christian Academy.

The estate soon became embroiled in over 100 lawsuits. According to a book about Armand's life (one of dozens written), there was only around $40 million worth of cash left in Armand's estate. The most valuable asset of Armand's estate was his art collection, which was worth hundreds of millions of dollars. Armand's estate bequeathed the art collection to the Armand Hammer Foundation. The foundation subsequently gifted the collection to the Armand Hammer Museum of Art and Cultural Center in Los Angeles, which was housed in a building attached to Occidental Petroleum's corporate headquarters.

During his lifetime, Armand apparently spent $100 million acquiring art to his collection. Due to a complicated arrangement the entire collection and building was essentially owned by UCLA. This arrangement became controversial and wouldn't be settled for decades.

To raise funds to fend off the lawsuits, the foundation sold some of its most significant pieces. Perhaps most notably, in 1994 Bill Gates paid $30.8 million (roughly $55 million in today's dollars) for the "Codex Leicester". Also known as the "Leonardo Codex", it is a collection of Leonardo da Vinci's scientific writings. Armand had acquired the Codex in 1980 at auction for $5 million, that's the same as $16 million today. 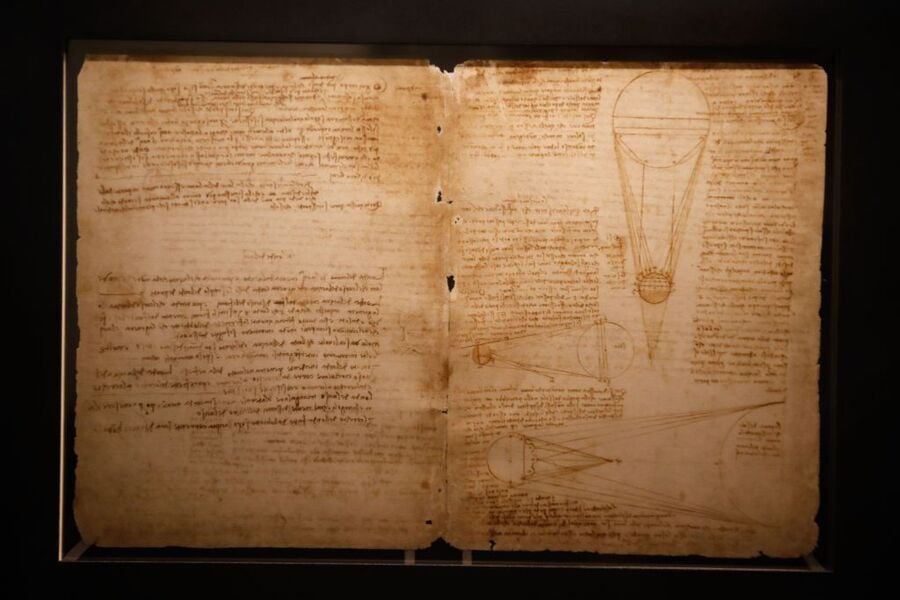 Contrary to a popular rumor, Armand had no connection to the founding of Arm & Hammer baking soda. BUT! To make matters more confusing, in the 1980s Armand acquired a large stake in the publicly traded household goods company Church & Dwight. He also joined the company's board of directors. Why was this confusing? Church & Dwight's most famous product to this day is… Arm & Hammer baking soda. The name "Arm & Hammer" had been in use with the baking soda company more than three decades before Armand was born. According to legend, Armand was indeed inspired to buy his stake in Church & Dwight after being frequently asked if there was a connection.

Armie made his big screen debut in 2006's "Flicka," and the following year, director George Miller cast him as Batman/Bruce Wayne in "Justice League: Mortal," but the film was cancelled. In 2008, Hammer appeared in "Blackout" and landed the title role in "Billy: The Early Years," a biographical film that earned him a Grace Award nomination for Most Inspiring Performance in Movie or Television. In 2009, Hammer guest-starred on The CW's "Reaper" and "Gossip Girl" and appeared in the Amy Poehler-Rachel Dratch comedy "Spring Breakdown." In 2010, he starred as real-life identical twins Cameron and Tyler Winklevoss in "The Social Network," a film about the creation of Facebook. The film grossed $224.9 million at the box office, earned an Oscar nomination for Best Motion Picture of the Year, and won more than 170 awards. In 2011, Armie played yet another real-life figure, Clyde Tolson, former Associate Director of the FBI, in "J. Edgar" and earned a Screen Actors Guild Award nomination for Outstanding Performance by a Male Actor in a Supporting Role.

In 2012, Hammer got the royal treatment as Prince Andrew Alcott in the Snow White retelling "Mirror Mirror," co-starring with Lily Collins and Julia Roberts. That year he also voiced Zook in the computer animated short film "The Polar Bears" and the Winklevoss twins on an episode of "The Simpsons." In 2013, Armie played the title role in "The Lone Ranger" and voiced the character in the Disney Infinity video game series. He starred in Guy Ritchie's film adaptation of "The Man from U.N.C.L.E." and played himself in the "Entourage" movie in 2015, and he starred in four films in 2016: "The Birth of a Nation," "Nocturnal Animals," "Free Fire," and "Mine." In 2017, Hammer co-starred with Timothée Chalamet in "Call Me by Your Name," giving the most critically-lauded performance of his career thus far. He also voiced Jackson Storm in the Disney-Pixar film "Cars 3" that year, and in 2018, he appeared in "Sorry to Bother You" and "Hotel Mumbai" and played Martin D. Ginsburg in "On the Basis of Sex," a biopic about trailblazing Supreme Court Justice Ruth Bader Ginsburg. Armie is set to appear in the Netflix thriller "Rebecca," Kenneth Branagh's "Death on the Nile," and Taika Waititi's "Next Goal Wins." 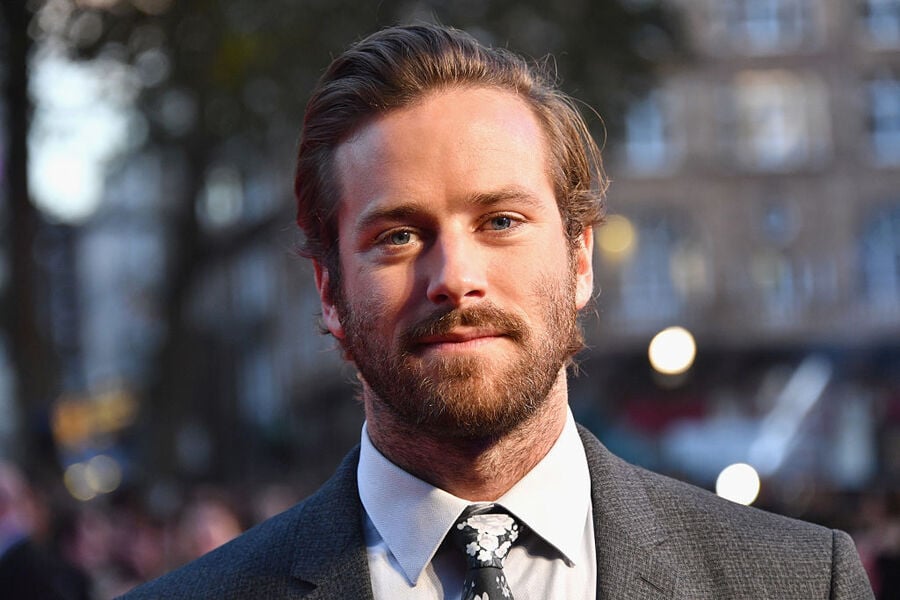 Armie began a relationship with TV personality Elizabeth Chambers in 2008, two years after meeting her. They married on May 22, 2010, and they welcomed daughter Harper on December 1, 2014, and son Ford on January 15, 2017. Hammer and Chambers opened a bakery in San Antonio, Texas, in 2012, and they later opened a second Bird Bakery location in Dallas.

In July 2020, the couple announced that they were ending their marriage, and in an August Instagram post, Armie revealed that he had spent the past two months living with his friend Ashton Ramsey and was working in construction with Ramsey during the Coronavirus pandemic.

Sexual Abuse And Other Allegations

In 2021 Armie was accused of subjecting several women to a laundry list of bizarre acts. One woman claimed that Armie carved an "A" into his pelvis and suggested, purportedly seriously, that she have a rib surgically removed so he could eat it. An anonymous Instagram account claimed to show screenshots of messages supposedly sent by Armie in which he described rape and cannibalism fantasies. The messages reportedly were sent between 2016 and 2020 when he was married to Elizabeth Chambers.

After denying the allegations, Armie subsequently dropped out out of two films and two series. His agency WME also reportedly dropped him as a client. His publicist soon also quit. Several movies in which he had already shot scenes were apparently re-shot.

In 2010, Hammer won a Best Supporting Actor award from the Toronto Film Critics Association Awards and shared a Hollywood Film Festival Award, Phoenix Film Critics Society Award, Southeastern Film Critics Association Award, and Palm Springs International Film Festival award with his "The Social Network" castmates. He was named Male Star of Tomorrow at the Young Hollywood Awards in 2011 and CinemaCon in 2013. In 2018, the Texas Film Hall of Fame honored Armie with the One to Acclaim Award, and he earned the Outstanding Achievement in Cinema award at the SCAD Savannah Film Festival for his work in "Call Me by Your Name," "Sorry to Bother You," "Hotel Mumbai," and "On the Basis of Sex." "Call Me by Your Name" earned Hammer Best Supporting Actor nominations from the Golden Globes, Independent Spirit Awards, Satellite Awards, Critics' Choice Award, and several critics associations.