Armand Assante is an American actor who has a net worth of $10 million. Armand Assante has earned his net worth his notable film appearances as a Cuban bandleader in The Mambo Kings, the adaptation of the science-fiction story Judge Dredd. He recently appeared with Denzel Washington and Russell Crowe in the 2007 film American Gangster.

He was born on October 4, 1949 in New York City and he grew up in Cornwall, New York. His mother Katherine was a music teacher and poet, his father Armand Sr a painter and artist. He is of both Italian and Irish descent and was raised a Roman Catholic. He was married from 1982 to 1994 to Karen McArn; they have two daughters Anya and Alessandra. He was a regular cast member on two NBC soap operas in the 1970's; he starred as Johnny McGee in How to survive a Marriage and Dr. Mike Powers on The Doctors. He appeared in his first film in 1974 in The Lords of Flatbush, later in 1980 he played the handsome Frenchman in Private Benjamin. He won a Primetime Emmy Award for Outstanding Lead Actor-Miniseries or a Movie in 1986 for his role as Mafia Don John Gotti In 2010, in Toronto, Canada Assante received a star on the Italian Walk of Fame. 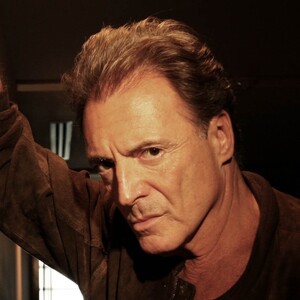