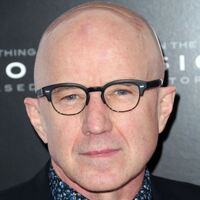 Arliss Howard net worth: Arliss Howard is an American actor, writer, and film director who has a net worth of $16 million. That is a combined net worth with his wife of 20+ years, Debra Winger. Arliss Howard was born in Independence, Missouri in October 1954. As an actor he starred as Kale Ingram on the television series Rubicon in 2010. Howard had recurring roles on the TV series Medium as Captain Kenneth Push from 2005 to 2007 and on the series True Blood as Truman Burrell in 2013. He has also appeared in several films including Full Metal Jacket, Ruby, The Sandlot, Natural Born Killers, To Wong Foo, Thanks for Everything! Julie Newman, Amistad, The Lost World: Jurassic Park, Moneyball, Concussion, and more. Arliss Howard wrote and directed the film Big Bad Love in 2001 and the TV movie Dawn Anna in 2005. He also directed two episodes of the TV series Medium. Howard won a  CableACE Award in 1992 for Supporting Actor in a Movie or Miniseries for Somebody Has to Shoot the Picture. He has been married to Debra Winger since 1996.