Arlene Tur net worth and salary: Arlene Tur is an American actress and model who has a net worth of $2 million. Arlene Tur first became widely famous after appearing in the 2008 television series, Crash. Miami-born Tur started out as a model during her college days. Her modeling career gave her the opportunity to travel extensively, learning to speak Italian and Portuguese along the way. Tur also speaks English and Spanish. During her busy modeling career, she found the time to study acting at Uta Hagen in New York and Howard Fine in Los Angeles.

The years of studying paid off as the 5 ft. 10 beauty landed her first role in the 2003 Spanish drama, Los Teens, aired on Telemundo and other South American and European networks. She soon was making regular guest appearances in the popular medical drama series, Greys Anatomy. She also appeared in the independent film, Final Engagement.

Tur was now at the pinnacle of her acting career, as she took on her most memorable role as LAPD police cop Bebe Arcel in Crash. The role came after she was recognized for her outstanding performance in a television pilot called Harry Green and Eugene.

Tur hosted programs for the Discovery channel, E! Entertainment and the Travel Channel. Tur also turn her hand to producing. When Tur has a free moment, she enjoys photography and painting. She also takes pleasure in writing comedy scripts- in fact she's on her way to producing her first film, We All Want the Same Thing. 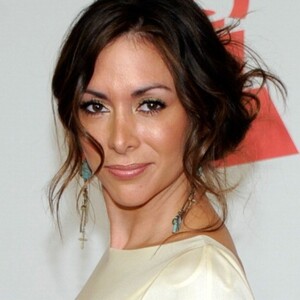