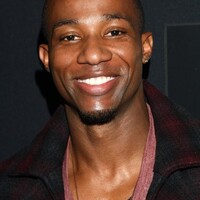 Arlen Escarpeta net worth: Arlen Escarpeta is a Belizean actor who has a net worth of $300 thousand. Arlen Escarpeta was born in Belize in April 1981. He first appeared in 2000 in the movie The Playaz Court and an episode of the television series Boston Public. From 2002 to 2005 Escarpeta starred as Sam Walker in the TV series American Dreams. He has starred in the movies High Crimes, American Gun, The Substance of Things Hoped For, We Are Marshall, The Ten, Dough Boys, Friday the 13th, Privileged, Brotherhood, Midnight Son, Final Destination 5, and Into the Storm. Escarpeta has also appeared in episodes of the TV series The Shield, Boomtown, Judging Amy, ER, Cold Case, 7th Heaven, Law & Order: Special Victims Unit, NCIS: Los Angeles, House M.D., Extant, Grimm, and NCIS. He also starred as Bobby Brown in the Lifetime TV movie Whitney in 2015.