Arjun Rampal Net Worth: Arjun Rampal is an Indian actor, producer, model, and television host who has a net worth of $15 million. Arjun Rampal was born in Jabalpur, Madhya Pradesh, India in November 1972. Rampal has established himself as one of the leading actors in Bollywood. His acting debut came in the 2001 romance film Pyaar Ishq Aur Mohabbat.

For this role he was nominated for Best Male Debut at the Filmfare Awards. Arjun starred in the 2002 drama film Dil Hai Tumhaara and the 2003 romance drama movie Dil Ka Rishta. He received critical acclaim for his performance in the 2004 action thriller Asambhav and the 2005 mystery thriller Takeen. His breakout role came in 2006's Don and Rampal would continue to achieve success in 2007's Om Shanti Om, 2008's Rock On!!, 2010's Housefull, and 2011's Ra.One. During his career he was won many awards including the National Film Award for Best Supporting Actor and a Filmfare Award for Best Supporting Actor for Rock On!!. Arjun has also started the production company Chasing Ganesha Films. He produced the 2006 film I See You. He launched Lost Festival in 2012 with Percept Limited. 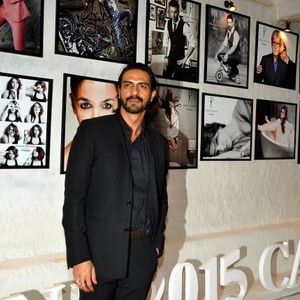