Ariel Winter Net Worth and Salary: Ariel Winter is an American actress who has a net worth of $12 million. Although she is best known for playing Alex Dunphy on the hit comedy series Modern Family, Ariel Winter has since made a name for herself in the entertainment world with a number of other roles. During and after Modern Family, she gained particular notoriety as a voice actor.

Early Life: Ariel Winter Workman was born on January 28th of 1998 in Los Angeles, California. Winter has Greek heritage on her mother's side, and she also has German ancestry from her father. Ariel grew up in a family of actors. Her elder siblings include Shanelle Workman, who is best known for appearing in the soap opera One Life to Live, and Jimmy Workman, who is famous for playing Pugsley Addams in The Addams Family.

Ariel Winter graduated from high school in 2016 and later laid out plans to attend UCLA. Her goal was to obtain a law degree as a back-up plan in case her acting career went south, and she studied on and off since graduating high school. Ariel Winter is a member of the Greek Orthodox Church.

Career: Ariel Winter's acting career started early, and her first acting job came at the age of four with a Cool Whip commercial. From that day onwards, Ariel Winter became one of the most successful child actors in the industry, booking roles in series such as Listen Up!, Freddie, Monk, Bones, and ER. She also started her voice acting career quite early, voicing a supporting character named Gretchen in CBS's animated series, Phineas and Ferb.

At age 11, Winter's career took a major step forward when she booked the role of Alex Dunphy in Modern Family. The show ran from 2009 to 2020, winning critical acclaim and multiple awards. During this period, Modern Family was nominated for 75 Emmy Awards and won 22. In regards to Ariel Winter in particular, the actress took home four Screen Actors Guild Awards as a result of her performances on Modern Family. During her time on Modern Family, Ariel Winter developed a close bond with Sarah Hyland, her on-screen sister.

While she was appearing on Modern Family, Ariel Winter still found the time for many other projects. She seemed to focus considerably on voice acting work, lending her voice to the Disney series Jake and the Never Land Pirates and Sofia the First, the latter of which had her voicing the lead role. She has also established herself as an experienced voice actor in the world of film, landing roles in animated movies such as Mr. Peabody and Sherman, Bambi II, and Ice Age: The Meltdown. Winter is credited for "additional voices" on the sequel to Ice Age, and the filmed raked in an impressive $660 million at the box office despite receiving mixed reviews.

In addition, Ariel Winter has appeared in live-action films such as Kiss Kiss Bang Bang, Speed Racer, Duress, Opposite Day, and Fred 2. In 2011, Ariel Winter booked the lead role in the film Chaperone, which was produced by WWE Films. Although the film performed disastrously critically and commercially, Winter was nominated for a Young Artists Award for Best Actress in a Motion Picture for her performance.

In 2017, Ariel Winter joined the cast of another incredibly successful animated film: Smurfs: The Lost Village. The film earned over $197 million on a budget of $60 million despite receiving mixed reviews. In 2017, she also appeared alongside Burt Reynolds in The Last Movie Star, taking a starring role and receiving praise for her performance. In 2019, she guest-starred in an episode of Law & Order: Special Victims Unit. During that year, she also lent her voice to Seth Green's animated comedy series, Robot Chicken. 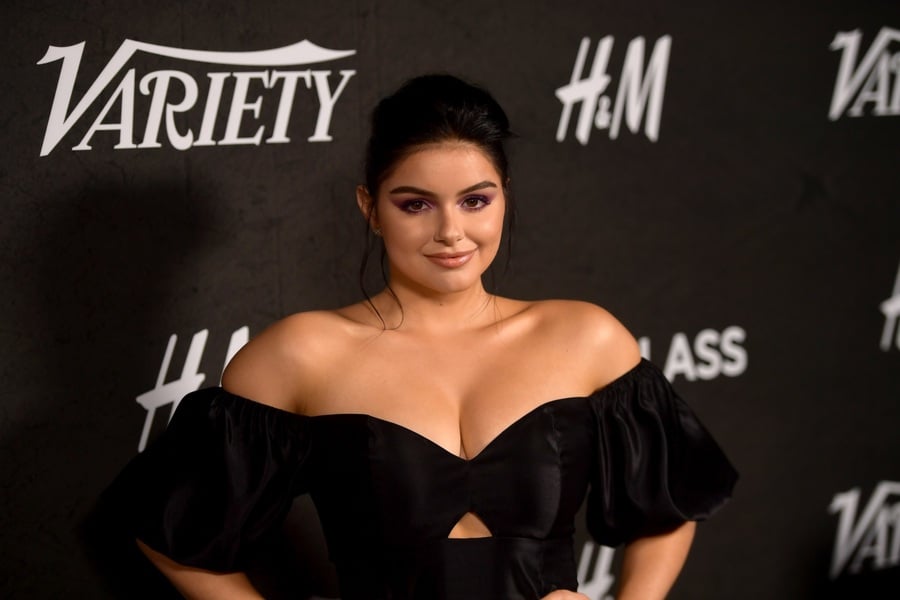 Relationships: In 2016, Ariel Winter started dating Canadian actor Levi Meaden. Winter later moved in with her boyfriend at the age of 19 but they split after almost three years of dating, citing the 11-year age gap and a difference in lifestyle preferences. In early 2020, it was reported that she had started dating Luke Benward, who is much closer to her in age.

Personal Life: Ariel Winter was the subject of considerable controversy in 2012 when her sister tried to become Ariel's legal guardian. Shanelle claimed that Ariel's mother was being abusive, and the court ruled in favor of Ariel's sister. Just three years later, Ariel was emancipated and her mother released a statement saying that the family had "moved on from the conflict." Ariel Winter also has two dogs named Casper and Rocco.

Ariel Winter stated that during puberty, she experienced sudden and accelerated breast growth that led her to feel unconfident about her body. She also explained that she struggled with severe back pain as a result of her sizable breasts even at the young age of 15. As a result, the teen opted for breast reduction surgery at the age of 17, reducing her size from 32F to 32D.

Real Estate: In 2016, Ariel Winter purchased a $1.5 million dollar home in Sherman Oaks, California. She was 18 at the time. The property features modern architecture, a wine cellar, and extensive outdoor space. Not long after, Ariel Winter upgraded to a 5,000-square-foot, $2.7 million property in Studio City, California.

She then sold her original home in Sherman Oaks, finding a buyer who paid $1.65 million after Ariel listed it for $1.75. Despite the price cut, Ariel Winter walked away with a profit of almost $100,000 in just under a year after flipping this property. In November 2020 Ariel listed the previously-mentioned Studio City home for $2.8 million. This listing came a few months after she paid $3.5 million for a new Studio City mansion. 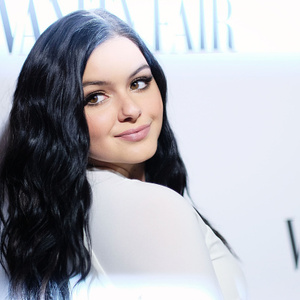