Arianne Zucker net worth: Arianne Zucker is an American actress and model who has a net worth of $6 million. Arianne Zucker was born in Northridge, California in June 1974. She is best known for starring as Nicole Walker on the soap opera Days of Our Lives since 1998. Zucker has starred in the films The Last Resort in 2009 and The Contractor in 2013.

She has also appeared in episodes of the TV series CSI: Miami, Life in General, Supernatural, DeVanity, and Ladies of the Lake. Zucker has won two Gold Derby Awards and a Soap Opera Digest Award for Days of Our Lives. She has also been nominated for three Daytime Emmy Awards. She started her career as a model and starred in commercials for brands including McDonald's and Mazda. Arianne was formerly married to actor Kyle Lowder. In 2016 it was revealed that she was the subject of some controversial comments made by Donald Trump and Billy Bush. In a video that was filmed in 2005, Bush and Trump are on a bus together speaking about Arianne's body. When they exit the bus, Bush forces Arianne to awkwardly hug Donald. The tape was extremely damaging to Trump's campaign. 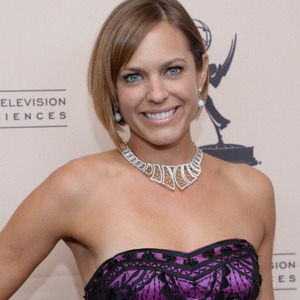