Ariana Richards net worth: Ariana Richards is an American actress and a professional painter who has a net worth of $1.5 million dollars. Ariana is best known as a child actress in such films as Jurassic Park, Tremors, and Prancer. Her first acting credit came on the classic sitcom The Golden Girls in 1987.

In 1990 she played Mindy Sterngood in the movie Tremors. She also appeared in Tremors 3: Back to Perfection, which was a straight to video release. Richards got a big break in 1993 when she played Lex Murphy in the first Jurassic Park movie. She also appeared briefly in the same role in The Lost World: Jurassic Park. Over the years Ariana Richards has appeared on popular television shows such as Empty Nest and Boy Meets World. Richards released a music album in 1993 titled First Love. She has gone on to become a successful artist. She typically paints landscapes and uses an impressionistic style. She was the first place winner in the National Professional Oil Painting Competition in 2005 for her artwork Lady of the Dahlias. She also won the Award of Excellence from Art of the West in 2006. Many of her paintings are currently available for purchase through her website. 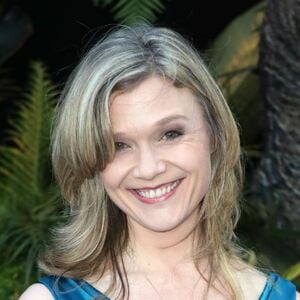