Arden Myrin net worth: Arden Myrin is an American actress and comedian who has a net worth of $1.5 million. Arden Myrin was born in Litle Compton, Rhode Island in December 1973. As an actress she has more than 80 credits to her name and starred as Abby Cosgrove on the television series Working from 1997 to 1999.

Myrin was a cast member on the TV series MADtv from 2005 to 2009. She has also had recurring roles on the TV series On the Spot, Michael & Michael Have Issues, Suburgatory, Fresh Off the Boat, Shameless, Still the King, and Insatiable. She has also appeared in several films including I Think I Do, Deconstructing Harry, In & Out, The Impostors, 30 Days, What Women Want, Bubble Boy, Highway, Auto Focus, Kinsey, Christmas with the Kranks, Evan Almighty, The Informant!, and more. She has also starred in Steve Martin's play Meteor Shower and in other stage productions. 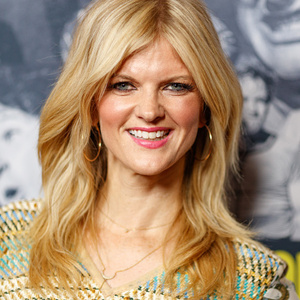