Archie Panjabi Net Worth: Archie Panjabi is a British actress who has a net worth of $3 million. Panjabi was born during May of 1972 in London to two Sindhi Hindu immigrants from India. In addition to graduating from Brunel University with a degree in management studies, Panjabi is also classically trained in ballet.

She has appeared in both television and film roles throughout her career. Her first Hollywood role found her playing a British diplomat in the Oscar-winning film The Contest Gardener. Prior to that, Panjabi plaid "Pinky Bhamra" in the critically-acclaimed 2002 comedy Bend it Like Beckham. She appeared alongside Angelina Jolie in the movie adaptation of A Mighty Heart, as former Wall Street Journal reporter Asra Nomani. Panjabi has also voiced a number of characters for British children's animation. The British national was appointed as the first Pratham USA Ambassador, representing the largest educational movement in India. She has also been affiliated with Amnesty International's "Stope Violence Against Women" campaign and the Rotary International's campaign to end polio. In 2009, Panjabi was named as one of Variety's "Top 10 Faces on TV to Watch. The New York Times Magazine crowned her as one of "Eight Master Performers Who Turn Television into Art" in 2011. 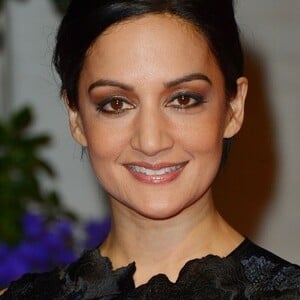