Arap Bethke Net Worth: Arap Bethke is a Mexican actor who has a net worth of $4 million. Ricardo Arap Bethke Galdames (best known as Arap Bethke) was born March 12, 1980 in Nairobi, Kenya, Africa. Born to a German father and a Chilean mother, he grew up in Mexico. Arap Bethke is best known for his role as Chacho in the telenovela Clase 406, though probably best known in the United States for his 2007 appearance in the Ugly Betty episode "A Tree Grows in Guadalajara" as Antonio Barreiro, a cafe waiter who tries to sweet-talk Hilda Suarez.

Bethke also starred in Tierra de pasiones and in Madre Luna as Demetrio Aguirre. He is one of the main characters in Doña Bárbara (Telemundo series), playing the role of Antonio Sandoval. Although he was born in Africa, Bethke considers himself Hispanic since he grew up in Mexico. Arap Bethke also guest-starred on the 1st season of RBD: La Familia as Alvaro; Dulce Maria's new hot conquest, on episode 3 El Que Quiera Azul Celeste…Que Se Acueste!. His cast members were Alfonso Herrera, Anahi, Dulce Maria, Christopher Uckermann, Maite Perroni and Christian Chávez-the stars of the show and members of the famous popular Latin pop band RBD from Mexico City. Arap Bethke has been living in Colombia since 2005. 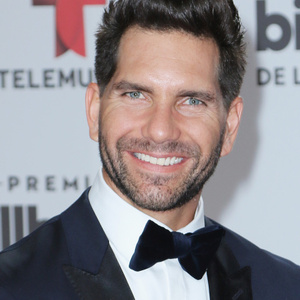