What is Anya Taylor-Joy's Net Worth and Salary?

Anya Taylor-Joy is an American/English/Argentine actress who has a net worth of $7 million. Anya Taylor-Joy first gained widespread recognition for her leading role in the 2015 folk-horror film "The Witch." Following this, she starred in such films as "Split," "Glass," "Thoroughbreds," and "Emma." On television, Taylor-Joy starred in the British series "The Miniaturist" and "Peaky Blinders," and earned critical acclaim and numerous awards for her leading performance in the 2020 Netflix miniseries "The Queen's Gambit."

Anya Taylor-Joy was born on April 16, 1996 in Miami, Florida to psychologist Jennifer and former banker Dennis. She is of English and Spanish descent on her mother's side and of English, Scottish, and Argentine ancestry on her father's side. Taylor-Joy's birthplace of Miami is where her parents happened to be vacationing at the time of her birth; because of this, she holds American citizenship in addition to British and Argentine citizenship. She is the youngest of six children, four of whom are from her father's prior marriage. During her early childhood, Taylor-Joy was raised in Buenos Aires, Argentina, and went to Northlands School. She eventually moved with her family to London, England, where she went to Hill House International Junior School and Queen's Gate School. Up until the age of 15, she trained in ballet. Taylor-Joy eventually dropped out of school at the age of 16, attributing her decision to constant bullying from her peers.

In 2015, Taylor-Joy had her breakthrough role in her very first feature film: Robert Eggers' supernatural folk-horror film "The Witch." In the film, she plays the main role of Thomasin, the adolescent daughter of a Puritan family terrorized by malevolent forces in 1630s New England. A major critical and commercial success, "The Witch" drew strong praise for Taylor-Joy's performance. Following this, Taylor-Joy starred in three films in 2016. They were the science-fiction thriller "Morgan," in which she played the titular character; the biographical drama "Barry," in which she portrayed a composite character based on various college girlfriends of Barack Obama; and the psychological thriller "Split," in which she played a girl kidnapped by a man with dissociative identity disorder. Taylor-Joy subsequently starred in the acclaimed black-comedy thriller "Thoroughbreds," playing a high-school student who devises a plan to murder her stepfather. She also appeared in the horror-mystery film "Marrowbone," costarring George MacKay, Mia Goth, Matthew Stagg, and Charlie Heaton.

In 2019, Taylor-Joy reprised her role from "Split" in the film's sequel, "Glass." Also that year, she portrayed chemist Irene Curie in the biographical drama "Radioactive," and lent her voice to the animated adventure film "Playmobil: The Movie." In 2020, Taylor-Joy earned rave reviews for her performance as Emma Woodhouse in Autumn de Wilde and Eleanor Catton's adaptation of Jane Austen's "Emma." In recognition of her work, she received a Golden Globe Award nomination for Best Actress in a Motion Picture – Comedy or Musical. Later in 2020, Taylor-Joy starred in the drama "Here Are the Young Men" and the superhero film "The New Mutants." The next year, she starred alongside Thomasin McKenzie in Edgar Wright's psychological horror film "Last Night in Soho." In 2022, Taylor-Joy reunited with her "Witch" director Robert Eggers for the historical action epic "The Northman." Her subsequent credits include "Amsterdam," "The Menu," and "Furiosa," a prequel to "Mad Max: Fury Road." 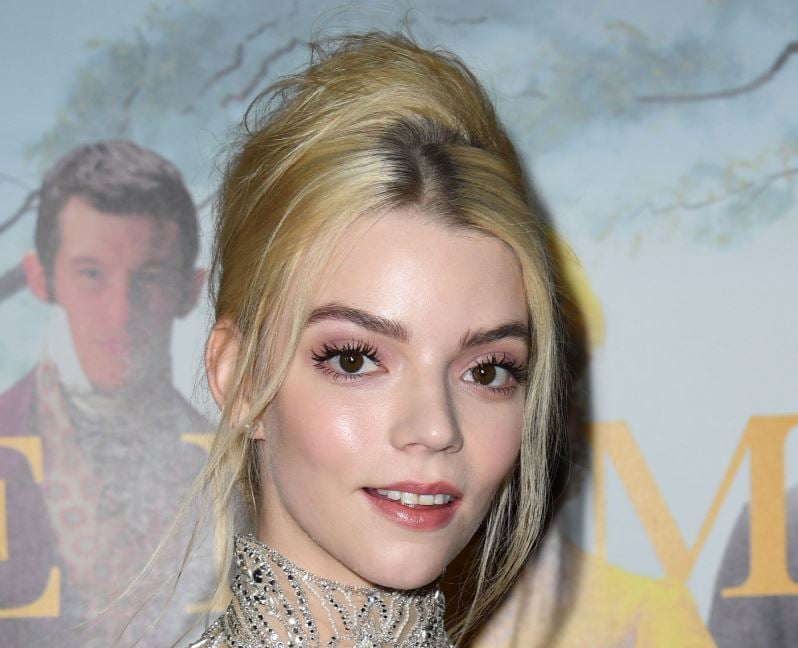 On the small screen, Taylor-Joy first appeared in an episode of the British detective series "Endeavour" in 2014. She followed this with a role in the television film "Viking Quest" and a multi-episode character arc on the British fantasy-adventure series "Atlantis." Taylor-Joy's next television role was as real-life Dutchwoman Petronella Oortman in the 2017 BBC miniseries "The Miniaturist," based on the eponymous Jessie Burton novel. From 2019 to 2022, Taylor-Joy starred as Gina Gray in seasons five and six of the British crime series "Peaky Blinders." In 2019, she also voiced the character Brea in the Netflix fantasy series "The Dark Crystal: Age of Resistance."

Taylor-Joy received some of the best reviews of her career so far in 2020, when she played fictional chess prodigy Beth Harmon in the Netflix miniseries "The Queen's Gambit." Based on the eponymous novel by Walter Tevis, the series was a massive hit for the streaming giant. For her performance, Taylor-Joy won a plethora of accolades, including Golden Globe, SAG, and Critics' Choice Awards.

Due to her media fame and unique pixieish look, Taylor-Joy has been chosen as an ambassador for a number of major brands. She has promoted Tiffany & Co. and Viktor & Rolf, and has served as the global ambassador for Dior's fashion and makeup lines. At awards ceremonies, Taylor-Joy is known to frequently wear red Dior lipstick, which has grown into a part of her signature appearance. 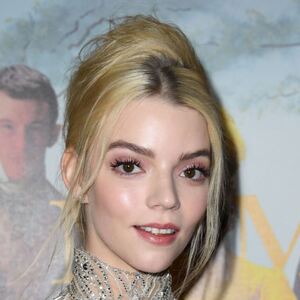