Antwon Tanner net worth: Antwon Tanner is an American actor who has a net worth of $1 million. Antwon Tanner was born in Chicago, Illinois in April 1975. One of his best known roles came starring as Antwon "Skills" Taylor on the television series One Tree Hill from 2003 to 2012. From 2014 to 2015 he starred as Jason on the TV series Black Jesus.

Tanner had a recurring role as Michael on the series Moesha from 1996 to 1997 and The Parkers in 2001. He also had recurring roles as Hakim on the TV series 413 Hope St., Kevin Jackson on the TV series Boston Public, and Lester Richards on the TV series The District. Tanner appeared in the films Sunset Park, 187, The Wood, Never Die Alone, Coach Carter, Dysfunctional Friends, Get Shorty, and more. He has also appeared in episodes of the TV series Sister, Sister, Nash Bridges, Touch by an Angel, NYPD Blue, CSI: Crime Scene Investigation, Rizzoli & Isles, The Carmichael Show, and Rosewood. 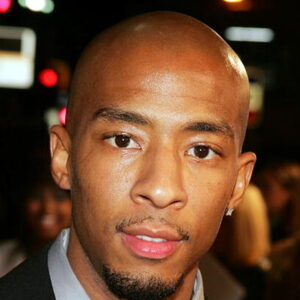