Antony Starr Net Worth: Antony Starr is a New Zealand actor who has a net worth of $2 million. He is probably best-known for appearing on the Amazon Prime show "The Boys", and on the Cinemax show "Banshee".

Antony Starr was born October 25, 1975 in New Zealand. Starr began his professional acting career early in the '90s with a small part in Shortland Street and guest roles in Xena: Warrior Princess and Hercules: The Legendary Journeys. In 2001, Starr was cast in Mercy Peak in a guest role that lasted throughout Mercy Peak's three seasons. He also landed a role as the brother of long-running character, Waverley Wilson, in the soap opera Shortland Street. Starr appeared for several weeks as part of the write-out of the Minnie Crozier character, though Starr did not like the fast pace of the show and thought his performances suffered due to his outlook. Since then Starr's television credits have included a core cast role in kids' series Hard Out and guest roles in P.E.T. Detectives and Street Legal as well as a brief stint in Serial Killers, the critically acclaimed comedy series that was written by Outrageous Fortune co-creator James Griffin. His big break came when he won the role of twins Van and Jethro West in Outrageous Fortune, for which he won the 2007 Air New Zealand Screen Award for Performance by an Actor, the award for Best Actor at the Qantas Television Awards and Best Actor at the Asian TV Awards that same year. Readers of TV Guide voted Starr Best Actor in the 2007 TV Guide Best on the Box People's Choice Awards. Starr began starring on the television series Banshee in 2013. On the show which is his first role on U.S. television, he plays an unnamed ex-con who after 15 years in prison, assumes the identity of Lucas Hood, going on to becoming the new Sheriff of Banshee. Trying to reconnect with his former lover Anastasia both learn that he has become a distant (violent) version of the man he once was. 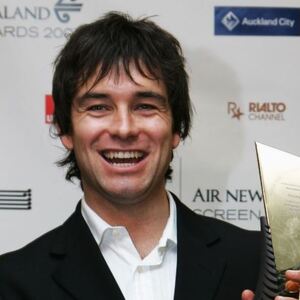