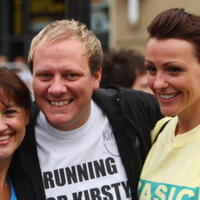 Antony Cotton net worth: Antony Cotton is an English actor who has a net worth of $4 million. Antony Cotton was born in Bury, Greater Manchester, England, United Kingdom in August 1975. His best known role has come staring as Sean Tully on the television series Coronation Street. Cotton started this role in 2003 and has appeared in more than 1,400 episodes. He has also had recurring roles on the TV series Queer as Folk as Alexander Perry from 1999 to 2000, The Bill as Georgia Girl in 2000, and Absolutely Fabulous as Damon in 2001. Antony Cotton has also starred in the films Love Is the Devil: Study for a Portrait of Francis Bacon, Immortality, and Coronation Street: Pantomime. In 2007 Cotton won a British Soap Award for Best Actor and a National Television Award for Most Popular Actor for Coronation Street. He also won Let's Dance for Comic Relief in 2013.