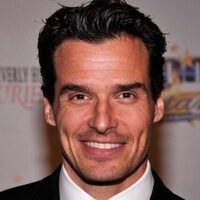 Antonio Sabato, Jr net worth and salary: Antonio Sabato, Jr. is an Italian actor and model who has a net worth of $8 million dollars. Born in Rome, Italy, Antonio Sabato, Jr. moved to the United States when he was thirteen. He graduated from Beverly Hills High School, and found work as a model soon after finishing school. He gained international recognition in the early 90s, appearing in a series of ads for Calvin Klein underwear, and in Janet Jackson's "Love Will Never Do (Without You)" music video. These appearances led to a role on the soap opera "General Hospital". He remained with the show until 1995, and then took a role on the short-lived primetime series, "Earth 2". After "Earth 2", he appeared in guest starring or recurring roles on various shows, including "Melrose Place", "Lois & Clark: The New Adventures of Superman", "Ally McBeal", "Charmed", "The Outer Limits", and "The Help", to name just a few. He also returned to the soap world, with one season on "The Bold and the Beautiful". He starred in his own reality series in 2009, and is recently appeared on "Celebrity Wife Swap". Antonio Sabato, Jr has been in a relationship with actress Virginia Madsen for many years. In 2014, he was cast as one of the celebrities competing for the title in the hit ABC television series, "Dancing With the Stars."