Antonia Prebble Net Worth: Antonia Prebble is a New Zealand actress who has a net worth of $3 million. Antonia Mary Prebble was born in Wellington, New Zealand in June 1984. She studied at Queen Margaret College and Victoria University of Wellington. In 1993 she starred in the play The Magical Kingdom of Thingymijig and she worked with children's TV production companies.

Her first on screen appearance came in the TV series Mirror, Mirror in 1995. One of her best known roles came as Trudy in the series The Tribe from 1999 to 2003. In 2006 she starred in the TV series Power Rangers Mystic Force. From 2005 to 2010 Prebble starred as Loretta West in the series Outrageous Fortune. In 2013 she starred as Jane March in the series The Blue Rose. She also starred as Hilda Steele in the 2014 TV mini-series Anzac Girls. Antonia has starred in the movies Mirror, Mirror II, Spies and Lies, White Lies, and The Cure. She has also appeared in episodes of A Twist in the Tale, WNTV, Dark Knight, Power Rangers DinoThunder, Interrogation, Power Rangers S.P.D., The Lost Children, The Almighty Johnsons, Super City, Auckland Daze, and Salem. In 2006 she was nominated for a New Zealand Screen Award for Best Performance by a Supporting Actress (Television). 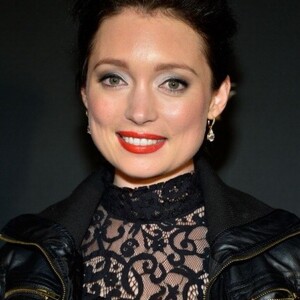