Antje Traue Net Worth: Antje Traue is a German actress who has a net worth of $3 million. Antje Traue was born in Mittweida, Saxony, East Germany in January 1981. She started off by playing Jeanne d'Arc in a school play. When she was 16 Antje got a lead role in the International Munch Art Lab's "Hip Hopera" West End Opera.

She toured and performed for four years In Europe and even New York City. Her first screen appearance came in the 2000 TV movie Verlorene Kinder. Her first film role was in the 2004 movie Kleinruppin forever. Traue's breakout role came playing Nadia in the 2009 film Pandorum directed by Christian Alvart and starring Dennis Quaid. She went on to star in the movies 5 Days of War and Nobel's Last Will. In 2013 Antje played the villainous Faora-Ul in the Superman movie Man of Steel. She has appeared in the TV series SOKO Koln and Der Staatsanwalt. She is scheduled to star in the upcoming films Seventh Son, Despite the Falling Snow, and Woman in Gold. Antje almost quit acting before being cast in Man of Steel. For the part she took part in four months of intense training and dieting. 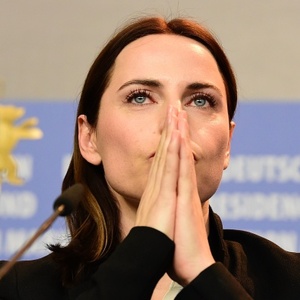